Bloove with Last Movement - An Interview 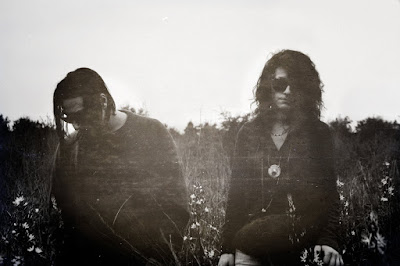 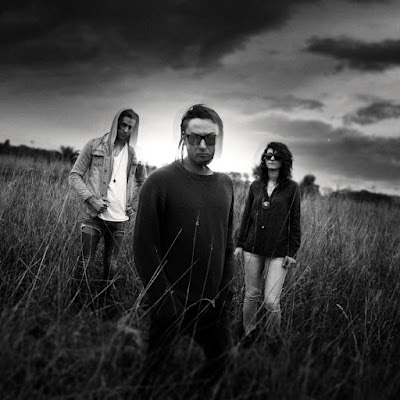 Q. Hello, first congratulations on the new album, it's really brilliant, what is your analysis after conclusion of album? Are you happy with the result?
A. Hello Renato, our pleasure to hear again from you, we're so glad you liked the album, we're really satisfied with the recordings.

“Bloove” is the first full-lenght for the band, it's been released by Bloodrock Records as digipack and vinyl, and also on digital stores. It's a perfect picture of Last Movement's past three years. It was born in our reharsal room and refined in the studio. We had some line up changes while working on it, the bass player left the band right after the recordings, and we found a new singer during the vocals' takes. We recorded in Rome and then it was mixed and mastered in Bologna, in a studio specialised with ambient/kraut sounds. Now - looking back - we can say it was a little tiring but also pretty stimulating. Many things we understood them during the production's works, and there was a good synergy amongst people of staff who helped us, a continous exchange of ideas between label manager, graphic studio, sound engineeer and the band of course.

Q. How was the process of creating the album?
A. The album has been written in different periods. Some tracks like “Hollow Harty” and "Fear/Paranoia” originate from first years of the band, and were already featured on our demos. “New Love” and “Feels like You” were on our first 7”, but have been re-arranged and re-recorded, to give a tighter sound to the album, and also 'cause in the original version we had Simona Ferrucci from Winter Severity Index as guest vocals. In the song “Your Icon” instead we had Valerio Bulla (Ancièn Regime) as backing vocals and on choruses, that track was also released digital with several techno-industrial/noise/idm remixes. All other songs are previously unreleased. The creative process for “Bloove” was a bit winding and irregular, as it often happens for a band's debut album, we're sure everything will run smoother and quicker for the next one.


Q. What are the main differences between "Bloove" and your early releases?
A. Our first release, the 7” “New Love/Feels like You”, it was definitely dreampop and coldwave oriented, with clear ispiration from the '80s, and we worked a lot in the studio.“Bloove” is for sure more various and contaminated by different influences, I wanted a different sound, especially for drums, more '90s, tighter and natural, with “space to breathe” in the background. All sound effects, as many arrangements, have been created and developed already in our reharsal room. We spent longtime instead in finding the best way to record all instruments in the studio, trying to discover how to use mics to get a frequency as close as possible to the sounds from our amps.

Q. What were the influences for creating the album?
A. Inspiration is always unconscious and irrational, so I can say there are many records that have more or less influenced the final output of the album, but there's not one clear reference. Said this, I think the reality around us is always the best source for inspiration, the most important I'd say, because music and arts are a way to re-work and elaborate the world around us according to our vision.

Q. What are your plans for 2017?
A. We're fixing some gigs and working on album's promotion. The record is being distributed in shops right now. We already have some concerts confirmed in Rome and some others around Italy with new and full line-up. We're doing radios interviews and showcases to introduce the release. It will take some time for the audience to digest it. Shortly we'll be also shooting a videoclip. We're also working with a booking agency to plan a proper European tour late Spring, so we're looking forward to have the chance to bring our live set around and abroad as much as possible. Well many thanks for your support Renato, and best regards!
*
*
*
Thanks