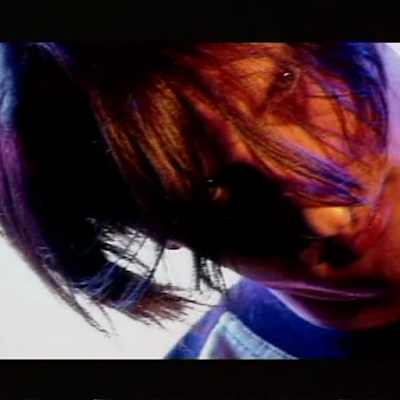 Question: When did Plastica emerge? Tell us about the history.
Answer: This is the question that we are most frequently asked, given our popularity in small circles. Alexander and I started our first year on the Faculty of Economics at the University of Izhevsk right after school, in 1991. We were 18 years old. In the wake of our common interests in music arose our creative work. We wouldn't like to deprive the reader of the possibility to get to know the milestones of this story separately. Step by step the biography is presented on our Facebook page https://www.facebook.com/PlasticaRU/posts/4022755434445266 where the history of the band is covered in sufficient detail.

Question: Who influenced you?
Answer: After this question is asked, people usually start searching your music for something that has already been composed and played. By the time the term “shoegaze” appeared sometime later, and the first time I heard it was somewhere around 1997, we hadn’t been that active in music. I even came up with a name for our music for myself – guitar ambient.

At that time surely it was MBV and their album “Loveless” that left an unforgettable impression with their innovative approach to music, and I still think it’s very modern and progressive, even after 25 years. A sort of a standard of aesthetics and the philosophy of the guitar overdrive effect.

I’m sure that for many people “Loveless” will remain their first love forever.

I’d also like to mention those bands that to my mind are very famous, both for their sound and innovative, at that time, understanding of such music. They’re Curve, Chapterhouse, Cocteau Twins, Pixies, Sonic Youth. I still like them.

Question: Could you, please, make a list of the top 5 albums of all time?
Answer: We doubt them being the best of all time, but we like them a lot:

Question: What did you feel when you were playing live?
Answer: Oh, it’s been so long… I think everyone who’s ever been on stage feels the same way. It’s a mix of euphoria and a slight thrill, support you feel coming from the audience that charges you emotionally and the contact with the listener. On stage time seems to fly swiftly.

Question: How can you describe the sound of Plastica?
Answer: The components of our sound are dense, heavily distorted sampled guitar sounds, electronic dance drum section, beautiful synthesizer background music and tranquilizing melancholic vocals in the background. In short, we played electronic music on guitars, however weird it might sound. Therefore, our sound production tends to be more like that of electronic bands rather than the traditional guitar bands playing rock or metal.


Question: Tell us about the process of recording songs.
Answer: We have our own studio, and there’s no producer breathing down our necks. We have the whole freedom of creativity, only somewhat restricted by our families and main jobs. We are not musicians at all – it’s more a hobby. But we love good music and we keep up with all the modern tendencies. In general, since the Internet and social networks began everything has changed: the audience, the music, the production and the approach to promotion. One can talk about it for hours, and we like this kind of development. I’ve mentioned what’s special about our sound. We love to experiment, look for new combinations of effects and sounds, make swirling layers of sound, select the right timbres until everything merges into a pleasant harmony that stirs you to a good kind of tremble. To make high-quality music you have to be everything at once, both a multi-instrumentalist and a sound designer, who can understand all the aspects of digital and analog devices’ and modern DAWs’ functioning.

Question: What new bands can you recommend?
Answer: We like Ringo Deathstarr, JAGUWAR, NOTHING among the new wave bands. Surely, there are a lot of other wonderful bands – thank god modern means of communication allow musicians to have direct contact with their audience. We’re always glad to talk to our fans and grateful for their opinions. It seems like we’re lucky: our fans are forward-thinking intelligent people, with an advanced understanding, they're able to listen and think finely.

Question: What bands would you like to cover?
Answer: We’ve got lots of our own ideas that we later turn into compositions. We’re forced to choose between our own tracks and their covers.

Question: What are your plans for the future?
Answer: You should’ve started the interview with this question.

Alexander and I created a new studio project COSme in 2015, we spent all 2015 building and equipping our own studio. We prepared our first debut album containing 10 tracks for mixing in 2016 and we plan to release it before the middle of 2017. We have already presented some singles and a debut music video “Five days of summer” to sophisticated audience on our Facebook and Youtube pages https://www.youtube.com/watch?v=tMENxYOm6A0

Question: Anything to say in conclusion?
Answer: Thank you for taking interest in our music. Still, such music is more exotic in Russia, unlike in Europe, both Americas and Japan, where there are all the conditions provided for its development and a large public is ready for such music.
*
*
*
Thanks