Groan with Antiphons - An Interview 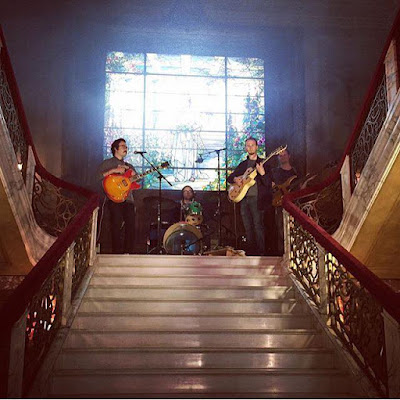 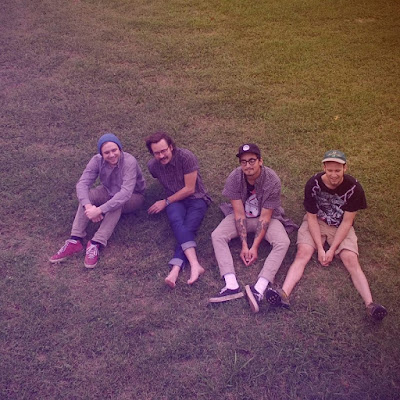 Q. When did Antiphons start? Tell us about the history...
1. Antiphons began as a solo project of mine (Brian Dove) in 2011. It started as sort of a lofi/bedroom folk project and I released a few EPs under the name, which can now be found here: https://briandove.bandcamp.com/. In 2013, I put together a band for shows, which disbanded for a bit when I moved to Oregon in early 2014. I moved back to Richmond in March of 2015 with the beginnings of what became our new record.

Q: Who are your influences?
2. Oh man...I have a lot of influences, but here are a few that shaped my songwriting: Pedro the Lion, Anathallo, Andy Shauf...and a lot of contemporary U.S. East coast bands like Leapling, Peaer, Mannequin Pussy, Mitski. All my friends' bands. Also I am influenced by a lot of non-musical things like food, the weather, animals, my geographical location, the humans I surround myself with.

Q. How do you feel playing live?
4. I love playing live ~ I tend to get super nervous and anxious right before a set, but then sort of zone out as soon as we start playing. I close my eyes a lot so I don't have to look at people, it can be distracting. But yeah I love playing shows.

Q. How do you describe Antiphons sounds?
5. Spacey, emotive, half-rock


Q: Tell us about the process of recording the songs ?
6. We recorded these songs at a studio in Mechanicsville, Virginia called The Virginia Moonwalker. It's in a little old house in the woods, where we recorded the drums, bass, and rhythm guitar all live in the same room to a reel-to-reel tape machine. Then we dubbed over vocals, lead guitar, and some additional instruments digitally. We did this all in a weekend and it ruled.

Q. Which new bands do you recommend?
7. They're not all *super new* but I am currently listening to: Ian Sweet, Warehouse, The Spirit of the Beehive, Mannequin Pussy, & Lance Bangs a whole lot. There's a new Virginia band called ING that is killin it right now.

Q: Which band would you love to made a cover version of?
8. We actually just recorded a cover for Mash Notes vol 1: Richmond Covers Richmond, a compilation album I'm helping put together of Richmond bands covering other bands from Richmond. We covered a song by my pal Paul Ivey called Casual Wayne. (https://vimeo.com/199613448)

Q: What are your plans for the future?
9. We're going to tour the East coast & midwest USA in late March/early April for a bit, then come back home and keep working on our second record, which we hope to record over the summer.