Lunacy with Electric Blanket - An Interview 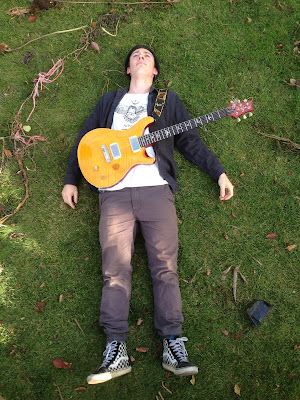 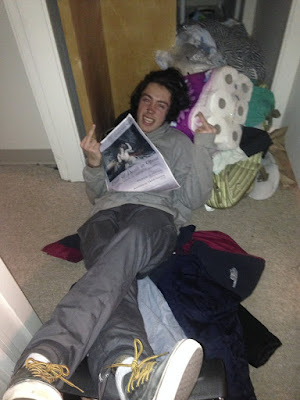 Q. When did Electric Blanket start? Tell us about the history...
A: Electric Blanket started around two years ago. I had been recording music previously under my name (Kevin Frank) and was spending a lot of time brainstorming for a more creative name to release music under. At this time I was hanging out with one of my really good friends at her grandparents place in beautiful Rock Creek, British Columbia, Canada. It was there that I had the pleasure of sleeping in the warm embrace of an electric blanket. Waking up happy in the morning the name just kind of clicked. I've been recording under that name ever since, I believe it serves as a good description for my sound.

Q: Who are your influences?
A: My largest influence of the past few years has been the music of Alex G from Philadelphia, Pennsylvania. His bandcamp releases are consistently among my most listened to albums and the way he structures his songs are a huge inspiration to my music. Other than that I've always been a really big fan of Nirvana and anything involving Kurt Cobain. His music is jarring. It’s awesome.

Q. How do you feel playing live?
A: I get really really nervous when I play live. But as soon as I start playing that all fades away. I don't think there is anything more rewarding to me than playing live. Unfortunately I haven't had the opportunity to play much of my own music on stage. I just Haven't been able to find the right bandmates for it yet I suppose. If anyone is reading this around Victoria, British Columbia that wants to play music get at me!

Q. How do you describe Electric Blanket’s sound?
A: Electric Blanket sound wise consists of a lot of layered guitars usually ran through some combination of reverb, delay or fuzz. I try to blend a lot of big shoegaze esque sounds with the low fidelity sound of music made in a bedroom because, well, it is made in a bedroom. I don't own a drum kit nor do I have the space for it so all the drums are created electronically. This has lead to me taking a large interest in electronic music in general, I really try to incorporate aspects from electronic music into my songs.


Q: Tell us about the process of recording the songs ?
A: My recording process is always different. I move around a lot thus my equipment is constantly being packed up and set up in different places. This last album "Lunacy" was a really scattered project recorded in several different living rooms. Usually I would always record my guitar through a mic'd amp but I had a broken leg for most of the recording and couldn't carry my amp. This lead to a huge switch in the way I recorded as all my instruments were now run straight into my computer. I hated this at first as it cut out a lot of the "room noise" captured by the mic'd amp. Im happy with it now, it's an incredibly mobile way to record.

Q. Which new bands do you recommend?
A: Once again I highly recommend Alex G. Lately I have been listening to a band called DIIV a lot and they are more than worth checking out. On the electronic side of things Bonobo just came out with his new album “Migration", it’s a masterpiece in my opinion.

Q: Which band would you love to made a cover version of?
A: Oh boy a cover band! Weezer, or The Sword.

Q: What are your plans for the future?
A: I just moved to Victoria, British Columbia to go to school so hopefully I can meet a band here and start getting out into the community and playing some shows! Other than that I'll keep recording music and releasing it on bandcamp for as long as I can. I love it.

Q: Any parting words?
A: Shout out to Seany J and the Boys, a huge thanks to my parents and friends that continue to support my projects, and thanks to TBTCI for doing this interview!
*
*
*
Thanks