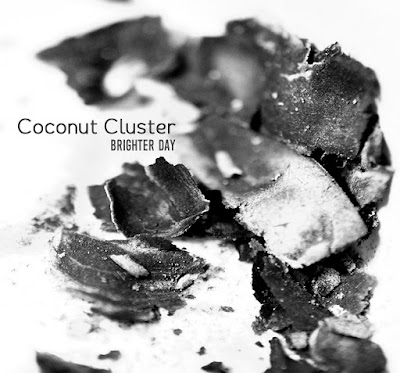 
Q. When did Coconut Cluster start? Tell us about the history…
Gaël : Matthieu and I have been playing music together for about ten years. We started by producing downtempo tracks in a project called 175 Workshop, we did some live performances, then we went our own separate ways. He played in rock bands for a few years and I was involved in various projects ranging from IDM to indie folk.

A year ago he came to me with a few tracks laying the foundation of Coconut Cluster. He had been working alone for several months and felt like he was going in circles, that something was missing. He asked me for advices at first, then for some help to finish producing the tracks. I brought voices and basses to some of them.

Matthieu : We both are studio freaks, so we spent a rather insane amount of time searching for the right colors, the right sound-design.

(And, as you might suspect, we spent even more time searching for a band's name)

The interesting thing is that we really feel that Coconut Cluster, while being an entirely new project, reflects the musical identity we've been forging through various projects over the past decade. Some kind of synthesis, in a way.
So I guess we can say that it all started about 10 years ago.

Q: Who are your influences?
Hard to say, we listen to a lot of different things. We really were into garage rock and Seattle rock when we were teens, even if it does not exactly sound like it when you listen to "Brighter Day".

For this project I'd say that the most obvious influences may be Radiohead, Portishead, Godspeed You Black Emperor, Do Make Say Think... Also some IDM artists such as Telephon Tel Aviv or Amon Tobin.

Q. How do you feel playing live?
We've been working on a live set since December : this is going to be... Different. Grittier, darker, a little more in-your-face while retaining some very cinematic moments... We're really having a great time working on it, being back on stage together is going to be so good.

Q. How do you describe Coconut Cluster sounds?
Surprisingly enough, I don't think we ever tried to describe our sounds. I mean, we never felt the need to put words on it. Usually, we simply call Coconut Cluster our "rock project".

Anyway, we don't really like guidelines when it comes to music (or, for that matter, any other form of creation), we don't want to influence the way people will listen to "Brighter Day".

Q: Tell us about the process of recording the songs ?
Gaël: Matthieu is at the origin of Coconut Cluster's identity, so he lays down ideas and pre-produces tracks, we listen to them together and pick up the most interesting ones, or at least the ones we find to be the most coherent with the project as a whole. At that point most of those pre-productions are merely loops with a strong emphasis on sound-design. We both record at home, so he gives me multitrack sessions and I record voices and/or bass lines, editing the song structures in the meantime. I send him back the sessions with the newly recorded parts and he finalizes the tracks.

Matthieu : It's all very easy, we know each other very well. I know what kind of tracks are going to inspire Gaël and he knows what to add to them to convince me. Once the production phase is over, I mix the tracks at home and finally we have them mastered at a dedicated studio.

It's really important for us to record, produce and mix our music ourselves. It has to sound exactly the way we want it to.

Q. Which new bands do you recommend ?
New bands ? There are those British guys, I love them, they sound amazing... They're called "The Who".

No, seriously, we just try to discover interesting artists, new or old is not a criteria.

In that regard, we would recommend to follow labels such as Constellation Records or Secretly Canadian. They're actually pretty old labels that keep presenting new artists and projects that truly are fantastic.

Q: Which band would you love to made a cover version of ?
Tom Jones, definitely.

Q: What are your plans for the future?
To get rich, famous and fat, then move to Acapulco and spend the rest of our days drinking tequilas with Elvis and Jim Morrison (You do know that their death was a lie and that they've been living in Acapulco since the 70's, right ?).

Oh yeah, incidentally, we are also working on a 2nd EP for Q3 2017 and we have some video contents on their way as well. All this, of course, in order play live as much as possible !

Q: Any parting words ?
Thanks for the interview, we hope to see you soon on stage.
*
*
*
Thanks