Paraíso with Adelaida - An Interview 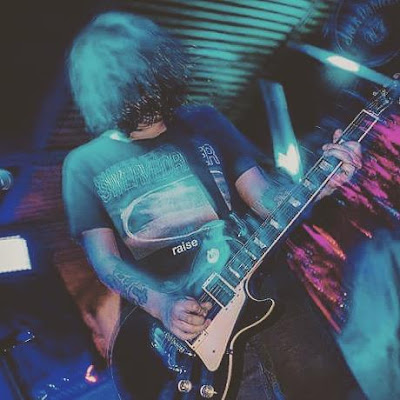 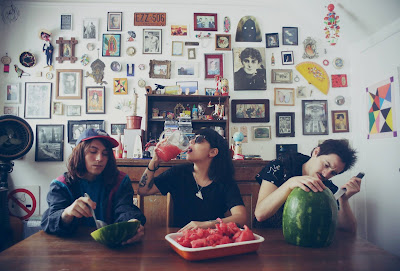 Q. When did Adelaida start? Tell us about the history...
Adelaida started as a band around 2010 when Jurel Sonico (guitar & vocals) invited Gabriel Holzapfel – lele- to play the drums at a live show. The first formation included Gabriela Vazquez at the bass. Then and after, we started to play at lots of underground shows in Valparaíso and Santiago, Chile. Then we recorded our first LP “Monolito” at 2013 and relesed it on 2014. In 2015, we were invited to produce and record two songs with the legendary groung and rock producer Jack Endino (Nirvana, Mudhoney) and after that process was born our second album called “Madre Culebra”, recorded in Rubber Tracks Studios in Brooklyn. After a successful release of that album we received little by little excellent critics in Chile as well as abroad, beginning to expand our audience outside of Chile. At the same time, Adelaida expanded its audience on the national scene, which was reflected in important presentations or opening important international shows such as Motorama (Russia), Los Planetas (Spain), Suarez (Argentina) and Yawning Man (USA).

In April 2016 Natalia Adelina (our second bass player) left the band and in her replacement entered Naty Lane, with whom we started the new process of the band that resulted in our third album, Paraíso.

Q: Who are your influences?
The influences are quite broad as the musical universes of each member vary enormously. Anyway, we can found the most directs influences in grounge, post punk, dream pop and quite bit of stoner and alternative music from the 90`s. Obviously there are lots of classic bands and new ones that inevitably influence when it comes to composing. We are big fans of The Oh Sees, Pixies, My Bloody Valentine, Nirvana, Kyuss, the early Foo Fighters or Green Day, even Led Zepelyn, Queen or David Bowie. Rage Against the Machine, Pj Harvey and there is a huge list of artists that varies according to which member of the band you ask.

Q. How do you feel playing live?
Playing live shows is the best sesation of all, even when recording times or home process of essays and that stuff are also great moments, but live playing is superior becouse it is like a trance in which one achieves a deep communication with something that words cannot describe and that has to do with feeling alive and as a connector between emotions and collective sensations.

Q. How do you describe Adelaidal sounds?
Like a Chilean mixture of the first nineties with a blink of punk energy, own sentimentality to the shoe gaze and an own air of mellow pop mixed the rage saturated of the noisy movement. All this filtered through the personal universes of three young lovers of music in its broad spectrum.


Q: Tell us about the process of recording the songs ?
Recording the songs goes through a long process that finds its genesis in the rehearsal room. That's where it all starts because we started putting songs together, adding or removing parts and then doing demos with those results. These demos are recorded in the home studio that Jurel mounted on his bedroom and each one takes the songs to listen to them calmly at home. Then, at the next essay, we know what is left or what is missing, and after playing the songs again we re-record them. That process is repeated until we feel that the songs are ready to enter the professional studio.

Q. Which new bands do you recommend?
We don´t now if consider them as “new” but actual bands we really like are Pond, Kurt Vile, Chad Van Gaalen, Autolux,

Q: Which band would you love to made a cover version of?
The argentinian master Charly Garcia and the song pasajera en trance o She Said, She Said from The Beatles.

Q: What are your plans for the future?
We are planning a tour to Mexico and we hope that also leads us to present the new album USA. There are also plans to go to Spain and we dream of doing a tour trough Europe, but for the moment we are focused on releasing Paradise in Santiago, Chile in March and present it in different places of our country before leaving for Mexico

Q: Any parting words?
We want to thank this broadcast space and we invite you to follow the news of the band through our social networks (facebook.com/adelaidabanda or youtube.com/adelaidabanda). Also add that we can find our music on different digital servers like spotify and stuff so the doors are open to share our sound and enjoy it.
*
*
*
Thanks