Scarlet Head with Glasz - An Interview 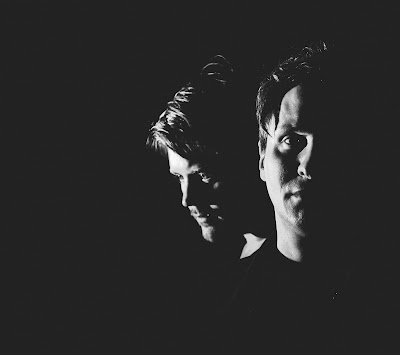 
Q. When did Glasz start? Tell us about the history...
A. Glasz became Glasz a little over a year ago. Jonathan asked me to be a guest vocalist on his most recent Seven Saturdays album and we realized we had this great creative chemistry. We started writing together and we became Glasz.

Q: Who are your influences?
Our influences are all over the map. We're really influenced by good songwriting, regardless of genre. I'll admit it, I'm a total sucker for big washy guitars, but if the song underneath it isn't good, then it's just a novelty- a sound.

Q. How do you feel playing live?
A. Playing live is fantastic - we love it. I, personally, never thought I'd be on stage, ever. I studied a few different things, in college, to be involved in music. First sound engineering (hated it), then graphic design, to make album covers (kinda hated it), then video production, to make videos (only sorta hated it). Then a friend gave me a guitar he no long wanted, as payment for helping him move. It was a junior Squier. I bought a distortion pedal and a reverb box and the rest was history. Turns out, I just wanted to be MAKING the music the whole time - not making someone else's video or album cover.

Q. How do you describe Glasz sounds?
A. The Glasz sound begins in the Ether - this perfect, little, sonic sweet spot somewhere between Jonathan's Rhodes speaker cabinet and my amplifiers. We try to capture the feeling of that spot as much as we can.


Q: Tell us about the process of recording the songs ?
A. We record pretty traditionally, starting with live drums. We layer everything form there, but it starts with the drums. Ironically, we don't write the songs with live drums. Jonathan and I write guitars, Rhodes, and vocals and then add a simple drum machine beat, for reference. That makes it really exciting when we finally play through the songs with Joey, our live drummer, and Aly, our bass player. The songs fill out and really blossom into their full expression.

Q. Which new bands do you recommend?
A. Glasz

And Whimsical, too - they're pretty great.

Q: Which band would you love to made a cover version of?
Live, we used to do a nice, lushy version of Richard Hawley's "Young And Beautiful." That would be a good one to actually record. My last band, Helen Stellar, covered Lindsey Buckingham's "Trouble" and it was so fun and gratifying. Yeah, we might have to do a cover, soon.

Q: What are your plans for the future?
A. We are going to keep writing and keep releasing a new single every month or two, until we write a full length record. We've put playing live in the rear-view for a while so we could write and get some recordings out there, but we're gonna start looking to book some shows this spring.

Q: Any parting words?
A. Thanks for reading this and enjoy the free download of our newest single, Scarlet Head