In Surges with Tears Run Rings - An Interview 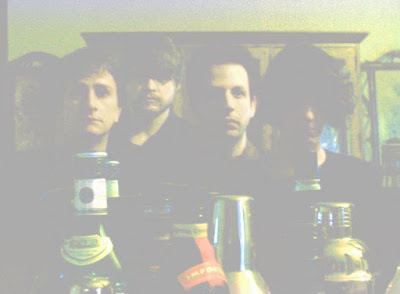 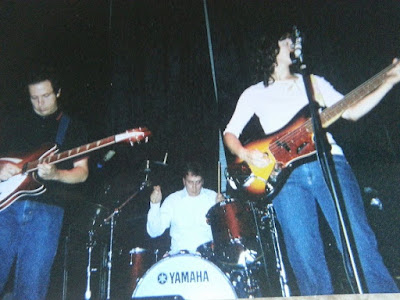 Q. When did Tears Run Rings start? Tell us about the history...
Ed: We started around 2005, out of the ashes of some of our older projects that we had together — The Autocollants, Evening Lights, etc. We’ve all been friends for years and kept wanting to start new groups based on our musical tastes. Tears Run Rings has fortunately stuck around. Three of live in different cities - Matthew in San Francisco, Dwayne in LA and Laura and I in Portland, so we don’t get to see each other very often. Still we make the long distance relationship work by trading tracks online and having “band weekends” once or twice a year.

Matthew: I agree with everyone else.

Ed: This is tough… I’ll just do shoegaze albums of all time since it will be easy. Otherwise it will take too long. Slowdive - Souvlaki, Pale Saints - The Comforts of Madness, Chapterhouse - Whirlpool, Slowdive - Just For A Day, Ride - Nowhere

Laura: Impossible. Here are 5 albums that come to mind off the top of my head at this moment, excluding my obvious shoegaze favorites: 1. The Sundays “Reading Writing and Arithmetic”, 2. The Sea and Cake “The Fawn", 3. Violens “True", 4. American Analog Set “The Golden Band", 5. The Knife “Silent Shout"

Q. How do you feel playing live?
Laura: I think some of us like it more than others. I love playing live, even though it does make me a bit nervous! We have only played a few shows as a band, and since we live so far away, we never get to actually practice playing live. Maybe someday when our kids are older we can devote time to practicing and touring. I think the best part of playing live is meeting new people, so I do hope we can do some touring again someday.


Q. Tell us about the process of recording the songs ?
Matthew: We write most of our songs as a group, but we live in 3 different cities and we can only meet up 1 or 2 times a year so we have to make the most of our time together. We wrote most of the songs on In Surges over a 5 days period in 2010. Well, we wrote the first draft of those songs. Our songs always change a lot by the time we release them, Sometimes we'll end up mashing two songs together or changing the chord structures entirely before we're happy with a song. The biggest changes happen after Laura and Matthew start working on the vocals from San Francisco and Portland. The drum tracks are the only semi-constant in our songs because they're the hardest to change.

Q. Which new bands do you recommend?
Laura: I absolutely love Mumrunner, Deafcult and Lazy Legs. I also am super excited about the Presentable Corpse 7"— can’t wait to hear more from them.

Q. Which band would you love to made a cover version of?
Matthew: We've considered a few covers over the years but when we get together we love writing music too much to bother working on them. That said, I'd love to cover a Thompson Twins song.

Q. What are your plans for the future?
Ed: We are now starting to work on some new demos toward an EP and new album. Hopefully we’ll get together in the summer to finalize some tracks and start recording so it hopefully will not take us another 6 years to release something.