Surreal with Venn - An Interview 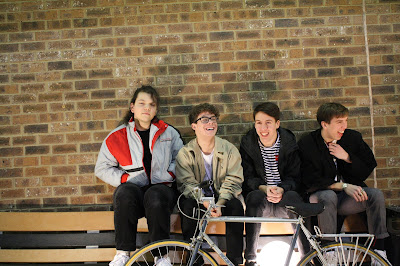 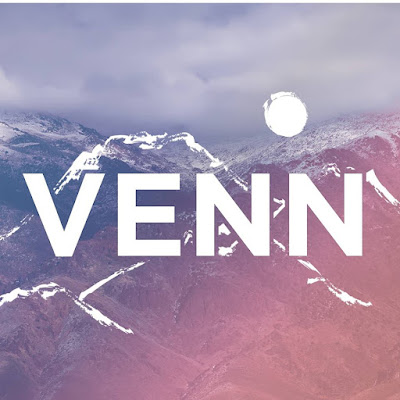 Q. When did Venn start? Tell us about the history...
Venn started in the spring of 2015 or so, we were just working out some little ideas, which ended up becoming maybe I'm a liar later on. But venn really began in maybe the end of 2014 by my desire to work with Julian on music. I knew him from high school when he and his brother were in a band, which I was a fan of, in addition to his side electronic project. He and I had some similar tastes in music after reaching out to him on Facebook. I thought we could make something good come of our similar outlook on art and music.
-Jon

Q: Who are your influences?
My influences are pretty vast. I've had a lot of phases in my music taste, most of which I'm embarrassed by now. But currently my musicianship is influenced mostly by classic shoegaze, so called "nu-gaze", dreampop, a lot of electronic music and also jazz/neo-soul. Pretty much anything ambient or lush or exciting or artistically dense. Some big ones are Slowdive, Cocteau Twins, Wild Nothing, m83, Angel Olsen, Whirr, plenty of others. I'm influenced by some artists from a lyricist perspective and some from a sonic perspective. A lot of songs that I love I don't even know the lyrics to. Sometimes just a single song has more influence on my taste than the rest of the artists catalogue. Sometimes I'm obsessed with one or two songs by an artist and really can't get into the rest of them. Music is fluid that way I guess.
-Jon

Q. Make a list of 5 albuns of all time…
Cloud Nothings - Here and Nowhere Else
Jesus and Mary Chain - Psychocandy
Dinosaur Jr - You're Living All Over Me
Wild Nothing - Nocturne
My Bloody Valentine - Loveless
-Holden

Q. How do you feel playing live?
I feel good. It's a good feeling being on stage, enjoying myself with my bandmates. And we get to get heard and hopefully people like what they're hearing. Time definitely feels different while performing.
-Holden

Q. How do you describe Venn sounds?
Venn's sound is characterized by dreamy guitars drenched in reverb, dreamy vocals, and atmospheric sounds. We try to maintain Shoegaze/Dream Pop stylistic elements, but still give our music a driving, dance-able nature. Musically, we try to generate interest through harmony and counter-melody, and sonically, we use reverb and delay, and the presence of many, many tracks to create a wall of sound-type recording.
-Julian


Q: Tell us about the process of recording the songs ?
We start with the guitar chords, bring in the drums, then the bass, and top it off with all the melodies, atmospheric elements, and vocals. All our patches have tons of reverb to sound dreamy, and we use things like multi-band compression to try to make it sound huge. In addition, almost every sound in our songs is made up of many layers playing the same part, and our songs heavily utilize stereo sound to expand the dimensionality the listener perceives.
-Gabe

Q. Which new bands do you recommend?
We really like Aerial View, a band which is also a huge part of the DC indie music scene and writes some really cool stuff. Check them out!
-Gabe

Q: Which band would you love to made a cover version of?
Smashing Pumpkins, Slowdive, MBV, and Burial are some acts we would like to cover. Additionally, often, when listening to music I hear it and imagine Venn doing it in their style, even songs that would not seem like Venn's style.
-Julian

Q: What are your plans for the future?
We want to try to expand the reach of our new EP to as many Shoegaze fans as we can. Soon, we will have physical formats of the EP available, so stay tuned for that as well. As we move forward, we want to write more music, and try to eventually release a full album. We would love to go on tour as well, but not until we have built as strong of a fanbase online as we can.
-Gabe

Q: Any parting words?
We hope you liked our songs and info. If you're a new Venn fan, check out our Facebook, Twitter, and Soundcloud to hear our latest news and keep up with our work. Expect much more to come from Venn, and expect physical releases of the debut soon! We are 100% independent so far, and we couldn't do it without your support. Thanks!
-Gabe, Jon, Holden, Julian
*
*
*
Thanks