Waveless, "As One More Folded Paper Crane" - Track by Track 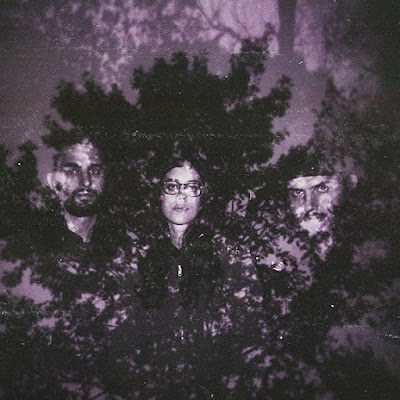 
EIGHT BELLES(JARED) Eight belles is a track that never stops driving, forward, in a circle. It’s sort of a race to the end where breaks of mindlessness occur and a rhythm or muscle memory ensues. We’re left with a feeling of questioning why the gallop started in the first place.

SECOND LOT
(JARED) Adolescent wanderlust with strong notes of future nostalgia /past contemplation. Maybe an implied expectation that can only be met by turning your back to whoever expected it. We used to skate at second lot when we first started playing music together.

9 GHOSTS OF YOU (song for BUSTER KEATON)
(DUSTIN) I wrote this song about the silent-era film star Buster Keaton. Keaton gave everything he had physically to give to his work, literally breaking his neck for a shot in one case. When the silent-era ended, MGM made sure that his artistic control also ended, but his dedication and creativity has outlived what they tried to take away from him. This song is not only a letter to Keaton, but also a letter to myself, to keep inspired and to stay active and dedicated in an atmosphere that can keep artists desperate, and under the control of corporate minded people.

CHERRY TREE (or GODDARDS DREAM)
(HANNAH) Cherry Tree starts powerful and straightforward . We are constantly pushing up against a wall the whole time, trying to push it over but it doesn’t crumble until the end.

It falls apart and plumes of dust fall and gather.

This is one of my favorite songs to play live because of those dynamics, and I especially love playing with the sounds our instruments can make at the end.

WINTER NOON
(HANNAH) Piano will always be the instrument I return to. This song makes me feel like my child self sitting next to Grandma Marbelle at her piano in Massachusetts in the 1990s.

It is cold and dusty, comforting and fragile. Her blue matted carpet, icicles as tall as the house right outside the front door. Piano always makes me cry.

TAWNY RAJAH
(DUSTIN) I wrote the lyrics to this song trying to capture and convey the feeling of my girlfriend’s bedroom, how I found myself never wanting to leave it. The “Tawny Rajah” in the song is a reference to the taxidermy butterfly that hung in a frame in her room. Our friend John Birkner told us that this song invoked the feeling of a “make-out-sesh”, so I think we conveyed the feeling of the room perfectly.
*
*
*
Thanks