Sombre Printemps - The Rennes Tapes with Pause Longue - An Interview 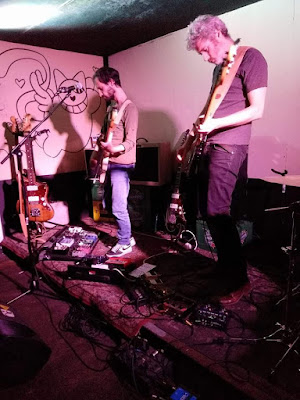 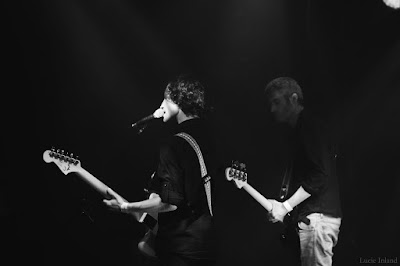 Q. When did Pause Longue begin? Tell us about the history...
Pause Longue was born in Spring 2015. At THAT time, i NEEDED to develope my own project, alone without ANY other musicians. I began to work alone and organiseD a setlist with 9 songs. I rehearsED every day, and began to record the tracks you can now listenon the album.

Q: Who are your influences?
I listen to a lot of music : noise, jazz, free jazz, Rock n' roll, post rock bands, some experimental music, it's difficult for me to give you a name in particular.

Q. Make a list of 5 albuns of all time…
Oh....
Mogwai "Happy songs for happy people,
Women " Public Strain" Belong 'Comon Era"
Pixies "Surfer Rosa"
Sonic youth " Experimental jet set trash and no star"
... and many more if i had the choice !!

Q. How do you feel playing live?
I like it really ... it makes me feel centered and happy. I never feel pressure or stress before gigs or when i'm playing, it's just like breathing to me

Q. How would you describe Pause Longue sounds?
It's impossible for me to discribe my songs ... hum ... THOSE songs are LIKE colors of myself, at the moment i wrote them.


Q: Tell us about the process of recording the songs ?
When i composed and wrote THOSE songs, i was CROSSED by a feeling of emergency, emotioNALLY.

So, i was standing in my recording room, LETTING the drum machine PLAY and recordING guitar lines and voices at the same time. After, i recorded bass lines and synthesizers.

When I GOT THIS FIRST MATERIAL, also called "demo", i recorded properly some parts and let some otherS like UNTOUCHED.

Q. Which new bands do you recommend?
Pfff ... i don't know, i'm absolutely following new bands, i let my instinct GUIDE myself. For exemple, TODAY i woke up and listened to Cure album , "three imaginary boys", and Queens of the stone age first record, and after Erik Truffaz "the down", and after Siouxie and the banshhees, and now that i'm answering you, i'm listenning to the last Yo la tengo's album.

Q: Which band would you love to made a cover version of?
Whith my other band i covered Autolux's song " plantlife", Breeders or Pixies, Joy division ... but with Pause Longue there's no cover.

Q: What are your plans for the future?
I'm always recording and composING songs. NoW, i need to finalISE them properly. It would be great to have a label outside France and a booking agency TO MAKE Pause Longue TOUR across the WORLD.

Q: Any parting words?
ThAnk you Renato, EXCUSE MY FRENCH and hope to play in Brazil one day !! ;)
*
*
*
Thanks