Highwire with Architects of Grace - An Interview 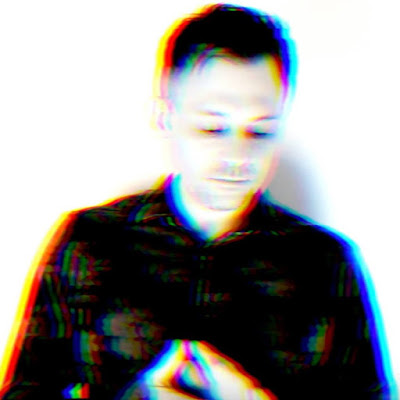 
Q. When did Architects of Grace begin? Tell us about the history...
Architects Of Grace began in 2009 when I wrote a song called Hot White Sun. It came together quite quickly. It sounded like a band, but I played everything. It was an exciting time. I thought it would be good to get a full band together to play live, which came later. Hot White Sun became the first single. Moments In Time was the first album. Finally after a quite a long time, Horizons, the second album was finished this year and it's out soon. A lot of it was mixed by David M Allen who's produced The Cure, Depeche Mode, The Sisters Of Mercy, Psychedelic Furs, the kind of bands I love. Highwire is the first single from the new album.

Q: Who are your influences?
I don't think I ever start writing a song by thinking; I'm going to write about such or such. Songs evolve, whether quickly or slowly in a very subconscious way. Songs come to you. Sometimes it's difficult to say what they are about and even when I do recognise what they are about, I'd rather the listener interpret the songs themselves, to mean something to them. In terms of influences, I could list a whole long list of artists, writers and musicians I enjoy, my listening tastes are very broad from the avant-garde to more popular.

Q. Make a list of 5 albums of all time…
Depends on mood or where I am in life, that's a difficult question. I would say that the following are always there in my life:
1/ The Cure - Disintegration
2/ Nine Inch Nails - The Downward Spiral
3/ Depeche Mode - Violator
4/ David Bowie - Low
....and one more of so many I love, this is tough, ok then, 5/ The Jesus & Mary Chain - Psychocandy.

Q. How do you feel playing live?
Alive.

Q. How do you describe Architects of Grace´s sounds?
I'm losing the perspective being so close to the sound. I'd let you answer that one as the music journalist... what do you think?

Q: Tell us about the process of recording the songs ?
Blood, sweat, tears and debt. Unless people ever make a record themselves they will never know the emotional and physical journey. But, it has to be done. It comes from the soul, and its all worth it. It's something I have to do.

Q. Which new bands do you recommend?
Looks at Spotify app, which I've just started using again. I always buy records I enjoy though. New bands, I've liked new songs by Echo Ladies, Lay Llamas, Dancehall, Dream Wife, and many more, plus they are not new, but I enjoyed Death In Vegas's Honey/Witchdance Dub single which came out very recently.

Q: Which band would you love to made a cover version of?
The Cure, maybe the song Sinking from The Head On The Door album.

Q: What are your plans for the future?
The next single is called Outsiders, there is an older version in existence, but its been completely re-recorded and sounds far far better. This is the definitive version and will be released in August. Then the new album comes out later in the summer. There are 10 new songs to enjoy.

Q: Any parting words?
Please tell your readers to listen to Highwire, Outsiders and the new album. I hope they enjoy it. Thanks for your support.
*
*
*
Thanks