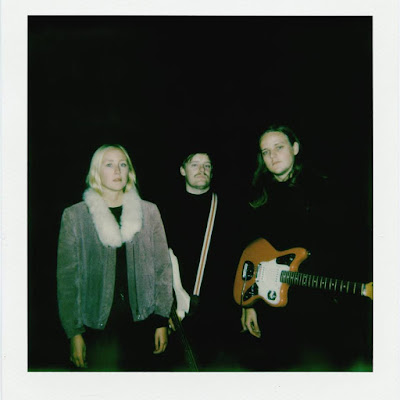 
Intro
We wanted to have a intro for the album that was a bit different from the rest of the songs. Maybe a bit missleading but we wanted people to get interested as soon as they put on the record, not knowing what to expect.

Almost Happy
We wanted to write an aggressive song with a big chorus. Aggressive drums and aggressive synths. Great song to open up the album with, after ”Intro”. The titel is also like a statement. We feel like everyone’s always expected to be happy and satisfied with things. It should be more accepted to be ”Almost Happy”!

Apart
Apart wasn’t even finished when we entered the studio. It’s a song about fear of growing up and having to let things go. And it truly came alive when we plugged in the Juno. We tweaked it for 15 minutes or so until we got this big, sad sound that glued the whole song together. Really sounds like the world is ending, in a good way.

Bedroom
It’s about the need to be left alone and to be isolated. But after too much time on your own maybe you go a bit nuts... We’re really happy with how the sound of the song turned out and even happier with the GREAT video our dear friend Ebba Ågren directed. It really adds something to the song.

Darklands
With Darklands we really flirt with krautrock, which all three of us love. It’s about what you see from the stage while preforming. The darkness, the lights and what the crowd really look like when they’re watching you. It’s inspired from when Joar worked as an extra at the opera house here in Malmö.

Hard Ending
Hard Ending is about stupid love. When you know you should end something with another person but you just keep coming back to echother. Time after time.

Overrated
The most ”shoegazy” song of the album! It’s a slow but steady going song about how being in love can feel overrated sometimes. That you shouldn’t feel like a mess-up or a loser if you’re not in a relationship.

Waiting For A Sign
The first song we wrote for ”Pink Noise”! It’s about the feeling of being missplaced, not belonging anywhere. And that feeling safe isn’t necessarily the feeling to strive for. Sometimes you feel stuck and you want something to change. Waiting for something new and exciting to happen.”
*
*
*
Thanks