Tiny Rebels with The Cairo Gang - An Interview 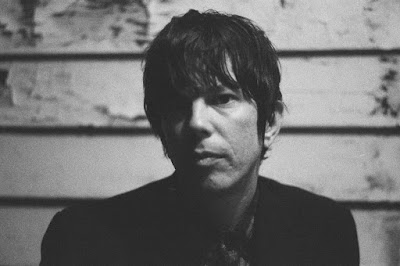 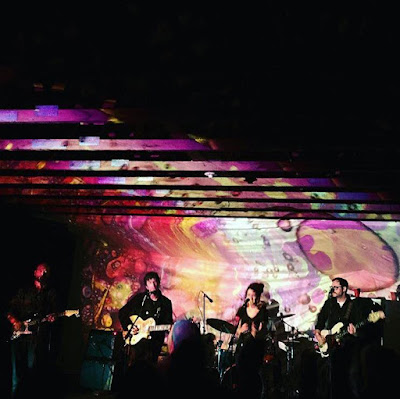 Q. When did The Cairo Gang begin? Tell us about the history...
The Cairo Gang began in 1996 in Reseda, California. It was my first venture outside of punk rock and was initially inspired by Slowdive and My Bloody Valentine, two bands that basically no one knew about except for the few friends of mine from school. We thought we were cool. It evolved over the years as life tends to deliver you lessons on how stupid you are over time. I became the only person in the band, and went down a rabbit hole for a while as a folk solo guy traveling around and playing for small audiences. I was never very industrious. I never thought of music as an industry I wanted to be a part of, mainly because I grew up in LA where everybody is trying to be some kinda star. It wasn’t until I moved to Chicago in 2004 that I opened Pandora’s box and started working the hustle as a guitar player, still rejecting the industry in relation to The Cairo Gang. In 2010 The Gang became known as the band backing Bonnie “Prince” Billy, which is slightly erroneous. The Gang(which is me) wrote songs in collaboration with Will Oldham and so we went on tour as Bonnie “Prince” Billy & The Cairo Gang in support of our album The Wondershow of The World. Lots happened in that period. I began focusing harder on making my own records since then making The Corner Man, Tiny Rebels, The Cairo Gang Goes Missing and Untouchable. In May 2018 The Cairo Gang’s live outfit consisting of myself on guitar, Ryan Weinstein, and Marc Riordan on bass and drums respectively played our last shows in support of The Flamin’ Groovies in California.

Q: Who are your influences?
Mainly my influences are the people I have played with or play with. At the moment I am playing a lot of music with Ty Segall and everyone in that band has been massively influential on me. Otherwise my favorite bands at the moment are The Soft Machine(first three albums and everything out of that, Robert Wyatt, Kevin Ayers, Gong etc.) and Faust, as well I have been listening a lot to Steve Lacy, Derek Bailey and Cecil Taylor.

Q. How do you feel playing live?
Viscerally? I don’t know! I feel good, but it’s complicated because I also feel sorta naked which who knows how I feel if feeling naked is the raddest thing or not.. I am use to being naked I think.

Q: Tell us about the process of recording the songs ?
I work on recording when I have the time to. There is no order of operations most of the time. After a while an album starts to form thru connections I make between songs. Then I start to sculpt it into something cohesive. I am a fan of records so I generally think of them as singular things as opposed to collections of work.


Q. Which new bands do you recommend?
I don’t know, man. I’m not even sure what bands do really! I love The Freedom Band, but that’s because it’s me and my friends. Most of the bands I see are not really my cup of tea. Although something pops thru every now and again. Forgive me if that sounds pretentious. Maybe it is. It’s just so lackluster in the world of the internet with all these bands and music streaming and the economy of it all. I don’t tend to trust much of it.. the shows I have seen lately that I really liked were of:
The Uranium Club
Chris Cohen
Double Morris
Xylouris White
Probably more I just can’t remember

Q: Which band would you love to made a cover version of?
Old Rottenhat

Q: What are your plans for the future?
Cover Old Rottenhat.. but also I am nearly finished with a new album. It’s sorta mellower than the last one.. and starting a new project called Clinamen

Q: Any parting words?
I love Brazil and want to go back! I saw the best music I ever saw in some little dance club in a sketchy neighborhood in Salvador. I couldn’t take my eyes off of the guy with the xequerê. I think about that guy all the time when I play.
*
*
*
Thanks