The Shallow Surface with Tidal Peak - An Interview 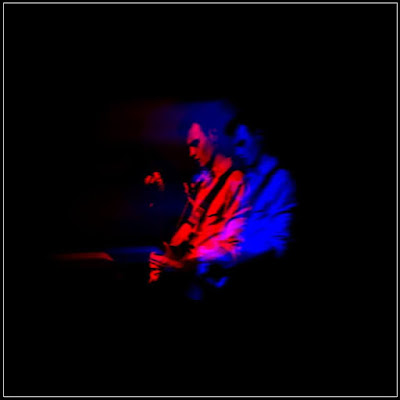 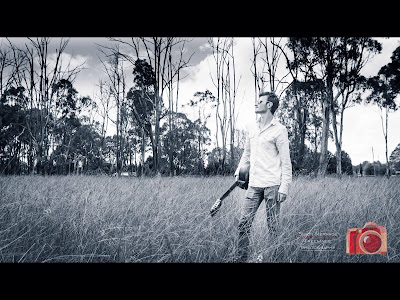 Q. When did Tidal Peak start? Tell us about the history...
1. Tidal Peak started in early 2015, formed in Toowoomba QLD, Australia after the breakup of an alternative rock band I was in. I had recently acquired a drum machine and gotten used to using a synthesiser, so I started to make demos which built up my experience of playing all the instruments myself. This set the standard to start a solo project where I could be the primary member to play all instruments on recordings, and assemble a live lineup of musicians to recreate the songs onstage, and so Tidal Peak was born.

Q: Who are your influences?
2. My main influences are Cocteau Twins, The Chameleons UK, Talk Talk, The Church, Lush, The Blue Nile, The Durutti Column, Rush, Peter Gabriel, Tame Impala and Scritti Politti, amongst many other artists.

Q. Make a list of 5 albuns of all time…
3. My five albums of all time are:
A) Hats by The Blue Nile.
B) Disintegration by The Cure.
C) Spirit Of Eden by Talk Talk.
D) Misplaced Childhood by Marillion.
E) Bringing Home The Ashes by The Wild Swans.

Q. How do you feel playing live?
4. Playing live has been great. It feels good to break the songs out onstage and give them a live feel. There have been various live members come and go as the sound changes but I'm hoping to take our live lineup to new places as the project builds momentum.

Q. How do you describe Tidal Peak´s sounds?
5. Sound-wise, Tidal Peak has evolved over the years. When I released the first single in 2015 the music was very much retro-synthpop, but in the time since then I've released one album, one mini-album and an EP, and the music has evolved more into a dreampop/post-punk/ethereal-wave style with the synthpop elements still in place as the drum machine and synths are integral alongside the reverbed guitars in Tidal Peak's sound. One key characteristic to finding the sound that fits Tidal Peak was playing an acoustic guitar through a reverb pedal and producing a cavernous, glistening noise which I've made sure to utilise, but the sound does change and I'm still always keen to experiment on new things. There is a neo-psychedelic sound to Tidal Peak as of recently.


Q: Tell us about the process of recording the songs ?
6. When it comes to recording the songs I either already have the full song in my head with all of the arrangements, or a basic idea of the song structure. In the studio I always begin with the drum machine to lay down the rhythm pattern and follow up with bass after. Some songs will use a bass guitar and others will use a synth bass, depending on the feel. Guitars will come next and this is probably where I spend the most time on recording to achieve certain effects or nuances in a song. I like to space and pan guitars across the channels to create an atmospheric feel to what the song is about. Majority of the time I play guitar arpeggios or light strums here or there. I used to be obsessed with the idea of being a guitar hero but now I'm only ever interested in making the song stand out rather than showing off my skills. I might play a solo here or there in a song but I won't do it for every single song if it isn't necessary.
Finally I'll add synths to add to the atmosphere. I mainly use pads for ethereal texture, but there may be a synth melody floating around at times.
After the instruments are done I start to experiment with panning and mixing, overdubbing any effect over the stop (I.e. handclaps, walls of noise, feedback, etc) and volume control. I want the instruments to sit in the right spot before I can get started on vocals.
I only write lyrics after the music is finalised. I can never do the other way around. I've found that double-tracking my vocals is a key element in recording, as well as applying some reverb to the voice to achieve that ethereal effect.

Q. Which new bands do you recommend?
7. In QLD Australia there are many fairly new bands and acts popping up. Some I definitely recommend are A.N.A, Lucy Korts, Big Whoops, Venice On Fire and Benny Nelson.
As for international bands Palm Haze is a good band, based in Vancouver, Canada, and I also enjoy Siobhan Wilson from the UK. There are a tonne of great new artists on the Z Tapes label also. There are so many good new acts popping up around the world that need to be discovered.

Q: Which band would you love to made a cover version of?
8. All of us in the live band can agree we would love to be able to do a cover of "Blue Monday" by New Order. I'd also love to do a cover of "Seven AM" by The Blue Nile and really nail that rainy, city lights and deserted streets feel with the song. Plus the song also uses a drum machine and synth bass - a big plus.

Q: What are your plans for the future?
9. Right now I'm in the process of working on another EP to release under the Innersea Records indie label, either at the end of 2018 or early next year. With each release I've seen the project gather more fans and it's wonderful to see that it's building up an audience. The last album I released ("The Shallow Surface") was pressed on cassette so this will happen again with the upcoming EP. I'd love to release on vinyl one day but goodness knows how expensive that is. In the meantime we'll keep playing live shows with the live lineup and I intend to take things in a more synthier direction onstage, sometime down the track.

Q: Any parting words?
10. Thank you so much for allowing me to share Tidal Peak with you. Hope you enjoy and you can find the project page on Facebook, as well as the music on Bandcamp at tidalpeak.band camp.com
*
*
*
Thanks