Arrows​/​Horses with John: The Usurper - An Interview 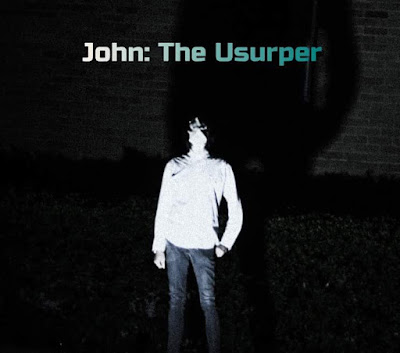 Q. When did John The Usurper begin? Tell us about the history...
A: I was fronting a band here in Memphis called The Mediators. Myself and a band-mate of mine, Christopher Wright, had a lot of conversations about there being a good batch of indie rock bands here but the indie rock scene was loose and lacked unity. The most well known bands in the scene seemed to be sort of stagnant and people went to their shows out of formality. We thought The Mediators were the best band around. And we didn't really care if anyone here knew we existed. Like having our own little secret. Those that attended our shows knew we were a force. We decided to start an Indie rock label for online distribution that showcased mainly Memphis Indie rock (of all persuasions) and hip hop. We thought, "This is how the world will discover The Mediators... Not through some scene wrought with dead ends." So we started up the label and called it Maudlin Jerk Records. Right off the bat we approached a lot of young, aspiring acts (Some still in high school) and got commitments. The thing about the mediators was it was hard to get everyone together or schedule a practice or anything. We essentially practiced onstage. So I had these songs I wrote that I was unable to flesh out with the band so I decided to turn them into a solo ep. At the end of the day, John: The Usurper was just an attempt to make the label's roster fuller.

Q: Who are your influences?
A: On this record influences definitely include The Smiths, Dinosaur Jr., Joy Division, Interpol, The Twilight Sad and At the Drive-In, among many others.

Q. Make a list of 5 albums of all time…
A: 1. Television - Marquee Moon
2. Sunny Day Real Estate - How it Feels to be Something On
3. Outkast - Aquemini
4. Modest Mouse - The Moon and Antarctica
5. Brian Eno - Here Come the Warm Jets


Q. How do you feel playing live?
A: Like time and death are an elaborate lie.

Q. How do you describe John The Usurper´s sounds?
A: I guess it varies. "Arrows/Horses", the title track is like noisy Smiths with a much less accomplished singer and composer. One of the songs, Succinct, is a bit like a chillwave Dinosaur Jr. tune. The last track, "Usurper's Lament", would be, in my mind, like the chick from Mazzy Star one day woke up to find her band hi-jacked by a maniac.


Q: Tell us about the process of recording the songs
A : The ep was recorded at a studio on the Rhodes College campus that is mainly for use of students, from what I can tell. The guitarists in The Mediators go to school there so originally we planned for The Mediators to record there with Max Kaplan, our lead guitarist, on the boards. Again, it was hard to orchestrate anything for The Mediators so I approached a couple of the kids I knew that were taking recording classes at Rhodes and they agreed to help me with the ep. Basically I walked in there with some songs I had written on the acoustic and these dudes let me use the whole arsenal of instruments the studio has at it's disposal. THe ep was engineered, mixed and mastered by Griffin Roane ad Max Kaplan. Christopher Wright plays some really great guitar in parts and Griffin and Max also offer up some synth. It's the most fun I've had in a long time and I can't thank these people enough for helping me with this.

Q. Which new bands do you recommend?
A: I'm partial to Hovvdy, The Districts, Vundabar, Protomartyr, Preoccupations...I think most of that is new?

Q: Which band would you love to made a cover version of?
A: Television

Q: What are your plans for the future?
A: Keep this label going as long as we can. Hopefully record a full length "Usurper" album and flesh out the tunes with a live band. I will play in as many projects as I can. More irons in the fire, as it were.

Q: Any parting words?
A: Thank you for listening to my album and asking me for an interview. The record releases across the internet on July 20, 2018. :)
*
*
*
Thanks