Your Gaze, "Noisedive" - Track by Track 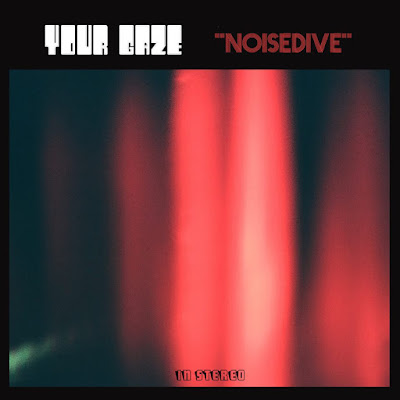 
1 Shape - Shape was the last song I recorded for this record. I find it really funny that it ended up being the first song. It is actually one of the few songs on “Noisedive” that I intentionally tried to capture a different vibe. Like most musicians, I also gather and borrow from the bands that influence me. With this song, I tried to have a real riffer track like Dinosaur Jr. I know that typically when I try to sound like something it never actually sounds like them, but in this situation I think it worked out wonderfully. It is actually the only time on the album a “lead” riff has fuzz on it.


2 Expression - This song is my personal favorite. My wife actually filmed an incredible music video for it. It’s really special because that is not something she typically does. The video involves a lot of nature shots which coincides with the theme of the album. Go check it out! I didn’t think the song was anything special until I finished it and listened back. It encompassed exactly how I wanted things to sound. Guitar tones are the epicenter of my music and every song is named after different effects regarding that specific track. I found this title to be perfectly fitting.

3 Wash - Wash is a track that obviously showcases the lyrical theme of the album. All of the songs revolve around nature and how I see myself in it. You can hear me smoking weed and coughing in between verses, which I thought it was pretty funny. This song is about my favorite place on earth - my family beach home that I have visited every year since I was a child. I always find that place to be incredibly inspiring. I wanted this song to take me back there and when I listen to it with my eyes closed it does exactly that.


4 Saturation - Lyrically this song means the most to me. It is the first song on the album I tracked vocals for, so it really paved the way for the tone of everything. Vocals are very intimidating for me because I feel that if I sound stupid then the whole record will. So searching for the vocal tone, to not only make it sound good but to also make things sound cohesive, is very difficult. When the melody for this song came out naturally, I knew that was what I wanted. I think the poppy lead riffs are amongst some of the most beautiful riffs I have ever written. The swirling surfy guitar riffs perfectly channel the ocean.

5 Blend - I love albums that have a chill instrumental track in the middle to break up the albums dynamics. I decided to tackle that approach. But, instead of being a chill instrumental, I wanted it to be like if John Carpenter and Thurston Moore collaborated on an instrumental. I don’t know if that is how it sounds but it was really fun to make. I intentionally made this song title incredibly ironic.

6 Depth - After the the instrumental track, I wanted the next song to have a real thick wall of guitars to bring you back into the groove of the album. This is the first song I wrote on guitar for this record. It really inspired me to keep going with the LP. It was so much fun to write and came to me at a time that I really needed it. It has a really straight forward rock structure that I think flows well.


7 Tone Bending - This title is probably the most obvious on the record. This tune is an ode to “Tone Bender” by the Lily’s but with an 80s goth attitude. Before I played noise rock, I played post-punk and darkwave. So, with this track I wanted to dip back into my roots. I think this darker song adds some diversity to the record. I definitely tapped on the chorus and tried to channel my inner Robert Smith.

8 Rate - I approached this song in the production phase with the idea of having a solid song to close out the album cohesively. Even though a lot of these tracks have space rock elements, I went into this one trying harder to make a classic space rock song. Oddly enough, I don’t really think it is, but I still think it is a pretty cool track. I love the beautifully haunting synths that stand alone at the very end. Its a great closer to a record that I am very proud of.
*
*
*
Thanks