A Mental Low with Joy Must Remain - An Interview 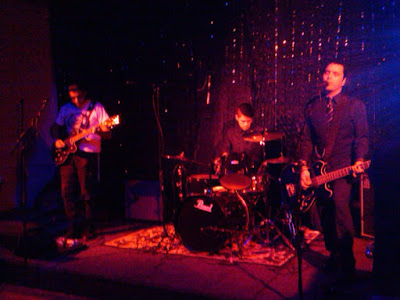 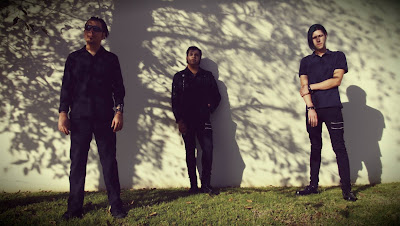 Q. When did Joy Must Remain begin? Tell us about the history...
Well I had been playing in various other bands for a few years prior that didn't work out. I had a good learning experience from it but members came and went like they do in most bands. It became a chore to try and keep things going and the thought of having to constantly do this "band" thing wasn't fun anymore so I decided to take a break and during that time I still wanted to pursue music so I had the idea to start my own band as a solo project around 2007. The idea for this was to be totally independent from anyone and anything which meant having to learn how to record properly and also being able to play every instrument on the record myself but the learning process took a few years and came with many mistakes but eventually I got good enough to write and record the first album which eventually became Dive In Deep that I released in 2010.

Q: Who are your influences?
Good question. My list of bands would be a very long one! (Laughs) When I was growing up, my mom was a big fan of Creedence Clear Water Revival so that has always stayed with me. I really didn't get into music till I was a teenager and at that time it was all Punk music. Through that, I found bands like Joy Division, The Cure and so many other great bands of that era. I was also a big fan of 90's Alternative music with bands like Jane's Addiction, The Pixies, Nirvana , The Nymphs - god so many great artists came out of that time for me… it was a great time for rock music in general! I also really like heavy music like the Deftones; they really make consistently good albums.

Q. Make a list of 5 albuns of all time…
I don't know about all time, but how about I make a list of current albums I listen to.


Q. How do you feel playing live?
I absolutely love playing live. It’s one of the best feelings. I do the band as a solo project, but have a core group of friends who perform the music with me and it's always been a good time had by all. The shows are far and few between, but I do go out and play a few shows with every release I put out. I love hearing the response from the audience, most of which have never heard the music or even the band before. It’s always a great challenge to try and win them over.

Q. How do you describe Joy Must Remain´s sounds?
I would describe it as cinematic, but for people who haven't heard the music I tell them it’s alternative rock and let them figure out the rest. People have said different things about it, and to me as long as they are listening to it they can call it whatever they like.

Q: Tell us about the process of recording the songs ?
Well, I record any and all ideas I have first. It could just be a bass line or guitar rift, but I always record any potential record stuff just in case. The basic process is going through the various demos I've done and figuring out which ones have the best potential to be part of a whole record. Once I figure that out, I always record drums and bass first to lay down the foundation, followed by guitars. Vocals are always last for me, due to the fact that sometimes I don't have any vocal ideas for the song or the right lyrics to compliment the music. The recording process can take some weeks or months to complete. After that, I also mix and master it. The overall process varies from record to record.


Q. Which new bands do you recommend?
Since I'm always writing and working from record to record, I don't really get a chance to listen or explore new music that's out there right now. I usually get fans that send me what they're listening to and that's a good way to discover new bands. I have been recently listening to Fact Pattern Ringo, Deathstarr, Sin Alley, The City Gates and stuff like that.

Q: Which band would you love to made a cover version of?
Any song from The Cranes. Not meant to be sung by a male, but I love the feel and sound of their songs!

Q: What are your plans for the future?
I just released a B-side called A Mental Low and I'm also currently working on a new record that will hopefully be out sometime next year.