In Her Eye, "Change" - Track by Track 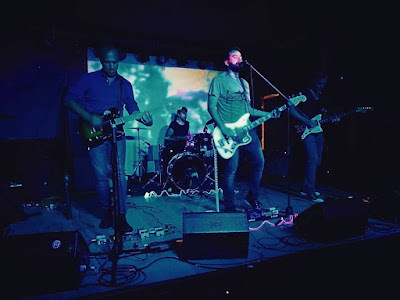 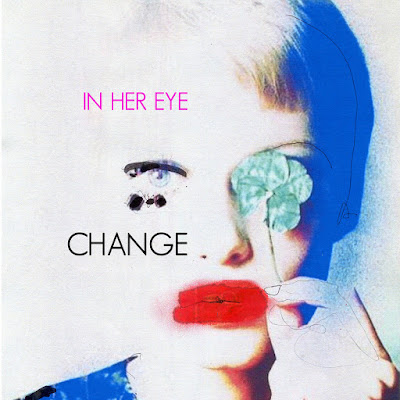 CLOSER TO ME
Closer to me was the first song we wrote after Borderline. It’s one of those songs you know you’ll love right from the start, because  you feel it grows instinctively, fluidly, straight off. It’s basically a love song, but can be read on multiple levels, as always happen with our lyrics. It’s above all a (self) discovery. It’s about an enlightment, it’s finding enormous potentiality in your life. When you get closer to your life, all is easier and all is in harmony with the outside world. It’s a matter of alignment between heart and mind. It’s a direct song, it has  some “poppish” vibes but a solid structure and guitars.

BIANCA
Bianca is Stefano’s daughter and she’s born while we was writing the album. It’s the next step in the constant process of change. It’s melodic  and deep in emotions. We wanted to express the power and the value of a new life. This power is a quiet power though, it’s placid and suave. It’s about changing life perspectives, seeing horizons you couldn’t even imagine until the day before. Suddenly, what was obvious it is not so obvious anymore. It’s discovering life. We wanted to celebrate this moment using new synth melodies, and the wonderful  voice of Antonia from Mystic Morning helped us giving depth to this song.

ELEPHANT
“Elephant” is probably the rawest and fastest song of the album. It’s a sort of fight with the change itself, because change have to be faced and understood, even though it is unavoidable. The Elephant God is a symbolic figure , resounding oriental roots and echoes (like Ganesh). It’s a (sometimes psychedelic) evocation  of manifestation, an invented conversation with this divinity. Or better, with mind, intellect, ego, consciousness. A re-discovery of  our inner home.

CHANGE
Change is the focal point of the album. It’s awakening to the real essence of life, which is constant change. The demarcation point is accepting and not becoming victim to transformation. Changing yourself constantly and adapting like water to the situations. It’s like a river that flows endlessly with strength and passion. We wanted this energy and flowing to be felt in the song, so it has a spacious and open sound, sometimes fragorous  as a waterfall, sometimes reflective. We added synth and Antonia’s voice in this song as well. Oh, and we’re working on a DYI-Lo-Fi video for this song at the moment, so expect it to be released soon J


NEON LIGHTS
It’s a journey experience. Absorbing the energy of a  place between dream and reality and trying to find coherence in the flux of evocative imagery, living the moment and feeling everywhere in the universe even being still. A paradoxal and deceptive game between body and mind. The sound is hectic and engaging, just like this experience. Paired with the following track “Demons”,  it’s probably the most new wave/post punk influenced song off Change.

DEMONS
Sometimes you realize you keep making the same mistakes again and again. When you open your mind, you understand that those are demons in yourself, influencing your life, your choices, the things you say, everything. This song depicts the very moment in which you realize you have a demon inside yourself and start to understand where you have to work to transform your mind and your life. You have to come out of those cyclic events to see things with a more enlightened visions. The song is quite fast, representing  the automaticity of the demons in our life. The particularity here is that we didn’t use any distorted guitar on this song, which is quite strange for us.

AS IN A DREAM
This song comes from a dream. Giuseppe  suddenly woke up with the melody and the mood in his mind and tried it on his acoustic guitar. We weren’t  so sure about  this song at the beginning because at that time the song was connecting  to Giuseppe’s mind better than to the rest of the band. But music is stronger than words so at the end we found a way to connect and the song started to take shape.  We added synth in this song as well, to create an evocative mood, to represent the sense of eternity of  existence, the vision  of possible better futures and the awareness of being part of the whole. Connection between all and each.  In this song , Giuseppe played a third guitar to give the melody a scented shade, soft for the ear.  At the end of the song, you can sense our determination to make the dream real and maybe (with a little pretention) we made it. It’s our favourite song off Change

LIFE
A final dedication to life. It’s the celebration for another new birth, Marianna, Raffaele’s daughter. “She” is used in the lyrycs to represent life, to celebrate the birth of two wonderful babies  and to give value to the most precious thing we have, life. Giuseppe has been asked several times why feminine is often used in his lyrics. And he says woman can perfectly represent sense of life.  The name of the band itself represent the feminine eye.  The feminine point of view is in all In Her Eye’s songs