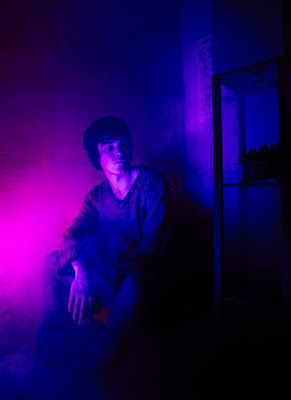 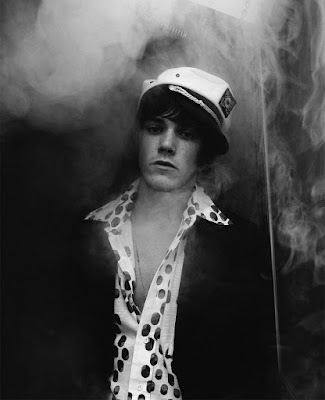 Q. When did Nova Flares start? Tell us about the history...
Answer : Nova Flares started in the summer of 2017 when I started making music I felt was cinematic enough for a series of music videos that a videographer friend of mine wanted to make. I ended up really liking what I was recording so I just made it a new music project of mine. Coincidentally , my last music project “The Corridors” , which has a completely different sound , was facing lawsuit threats from a European band with the same name. It was time to move on anyways and start something new.

Q: Who are your influences?
Answer : There are so many influences that I have musically but for this music specifically I was incredibly inspired by a few different styles of music.

That was really hard by the way. haha I grew up on classic rock so my earliest memories are of those records, and ultimately those records are the reason I ever wanted to make music in the first place.

Q. How do you feel playing live?
Answer : I feel nervous. All day before a show and for the first 15-20 minutes of the set usually , and then I feel the greatest ecstasy I could ever feel and never want to stop playing and being in that moment. Being that nervous is something I acknowledge as something special. It’s there because each show you play will always be different than the last show, and you don’t know what to expect but It causes pure adrenaline and without that it wouldn't be near as special and rewarding when you are finally up there sharing a part of your soul with everyone. It’s the same reason people skydive or do unfamiliar things that scare them. That’s the best way I can describe it.


Q. How do you describe Nova Flares´ sounds?
Answer: Atmospheric Surf music with a Neo-Psychedelic twist.

Q: Tell us about the process of recording the songs ?
Answer: For a whole summer I would literally just wake up , have a couple cups of coffee and think about transferring the times I had in the previous weeks into the sound of music. Just about every day I was writing new riffs which would eventually fill out into full songs when I would start recording. Normally all it takes is recording a guitar riff, bass riff , or drum beat and then before you know it, the song is practically writing itself. I was also working a bartending job at the time where I made drinks alone in an isolated room of a hotel and not at an actual bar , and when we were not busy I would be back there with my laptop listening to my recordings , thinking of melodies and concepts and recording the ideas into my phone. Using my time on the job to develop the Nova Flares tracks and concepts. Some of these songs were literally mixed and mastered on my laptop while I was working as a bartender at a hotel.

Q: Which band would you love to made a cover version of?
Answer: Thats a hard question but for now I would have to say, “Pale Blue Eyes” by The Velvet Underground or “Dead Flowers” By The Rolling Stones , despite the fact that it’s been covered a lot.

Q: What are your plans for the future?
Answer: Im about to go move in with record producer friend of mine for a year and learn recording techniques / collaborate with him and a plethora of artists , and after the year is over and I’ve furthered my education I will be moving to Austin , Texas where there is a ridiculously amazing music scene. I took a visit out there two weeks ago and it was paradise to me. Where I grew up and live currently there isn’t near as much going on.

Q: Any parting words?
Answer: Yes, I would just like to thank you for interviewing me and expressing your love for music to the world, especially MY music , because not everyone will do that and it’s something that I hold very dear to me. I don't get offended when people don’t like my music , but I still LOVE when people like my music. It gives me joy to think that I’ve inspired artists or people in even the tiniest ways , so thanks to you and all of the listeners out there. Physical copies of my EP are officially printed and will be available on my website www.novaflares.com on June 1st which is less than a month away. There will only be 100 copies to sell so if you like this music a lot , buy a copy from me. They won’t be expensive. An album is in the works and will be available in the next year or so at a larger quantity but this EP will be a very personal , scarce keepsake of whats to come with Nova Flares. Once again , I love and thank you all .