Washes with Evvolves - An Interview 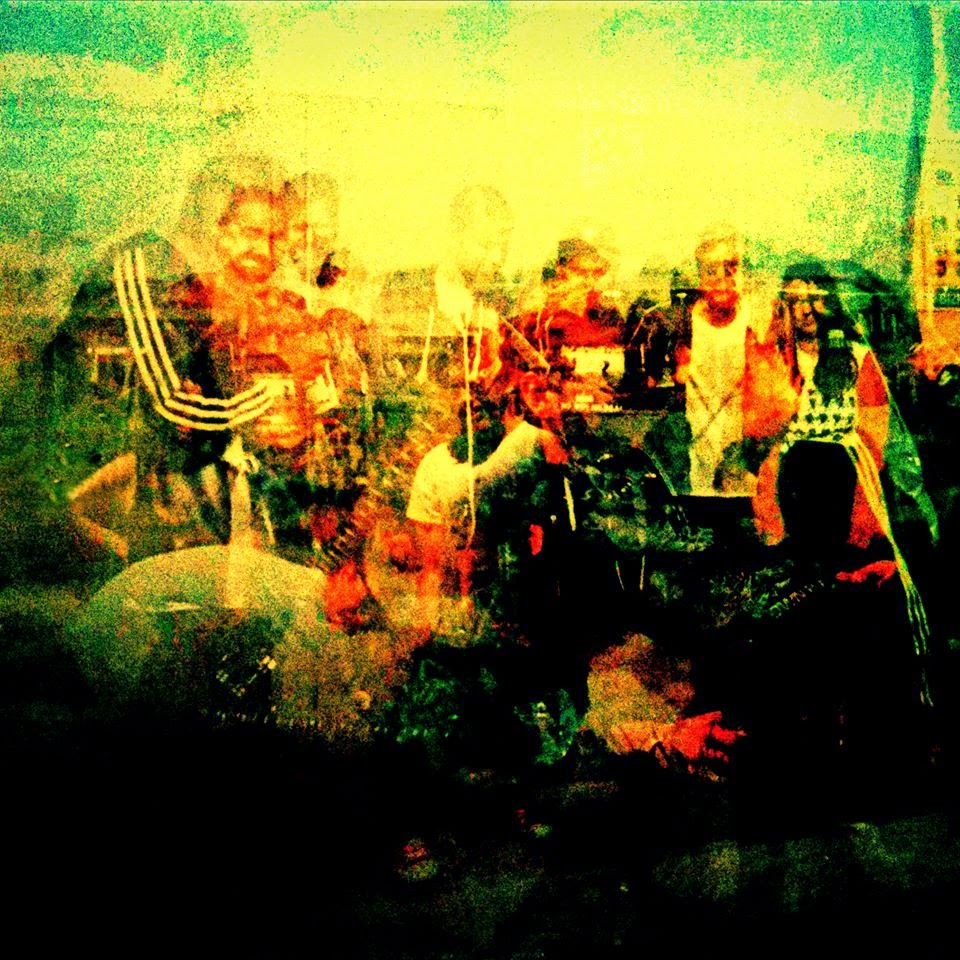 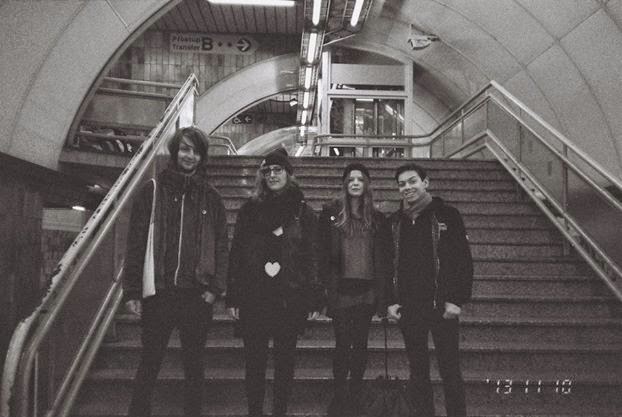 Q. When did Evvolves started, tell us about the history...
Paweł: It was the end of 2012. I played in post hardcore band The Spouds for quite a long time and I wanted to start writing actual songs, with melody and stuff, but in a weird way. I shared my thoughts with Bibi, who previously sang with me on my solo singer/songwriter project. She was ready to sing and play the base. But on our first rehearsal she showed up with the bassist instead of the bass guitar. It was Maciek, who already played with Bibi in the experimental band called Bibi and The Wave, and also Sick Parrot. We started working together from that point.

Magda: I joined the band a bit later. I came to see them after work at Maciek’s flat, where they were rehearsing at the beginning. It was a tiny room with lots of instruments and stuff. I was joking about starting playing tambourine, like that girl from Dandy Warhols, topless. Instead Maciek gave me his drum machine.

Magda: I feel influenced more by post punk and minimal wave than shoegaze when I play drum machine or sing in Evvolves. I usually switch between genres when I listen to other bands. I like black metal as much as I like lo-fi singers/songwriters, as long as there’s certain gloom and sadness in their sound.

Bibi: I feel influenced by Aliens and Twin Peaks. And VH1 Classic from the 90’s.

Q. Made a list of 5 albums of all time…
Magda: It was easier to do lists when you were eight and was asked to name your five best friends for your diary, but after all those years I just can’t limit myself.

Bibi: I agree with Magda. It’s really hard to name just five. It would be unfair to the rest of them.

Q. How do you feel playing live?
Magda: I feel like I’m gonna have a stroke and die. I don’t know why I put myself through this every time.

Paweł: Nervous, in a positive way.

Bibi: I feel now is the time where the only thing to do is to give myself to the people. Whether they’ll like it or tear me to pieces. It’s a bit like being naked. You’re kind of cool and kind of shy at the same time.

Q. How do you describe Evvolves´ sounds?
Paweł: I can’t describe our sound because I don’t see it from the distance. I like weird, noisy music and I think that this is what we sound like.

Magda: For me it’s a resultant of our different music tastes. And even if Paweł wanted to play shoegaze from the start and his instrument has a great influence on our sound, I still don’t see us as a pure shoegaze band.

Bibi: It’s a bit like a dream. Blurry and anything can happen.

Q: Tell us about the process of recording the songs ?
Paweł: The album was recorded very quickly and then mixed by my childhood friend and musician of Warsaw based band Setting The Woods On Fire, Marcin Buźniak, in his studio.

Magda: The single “Wolf” was home recorded. It was Saturday and we were really drunk. We then thought that maybe this is the best approach to record our music… Before the recording process there is Paweł playing in the bathroom at midnight, coming up with new songs. And hours of rehearsals which means just hanging out and playing when we feel like to. 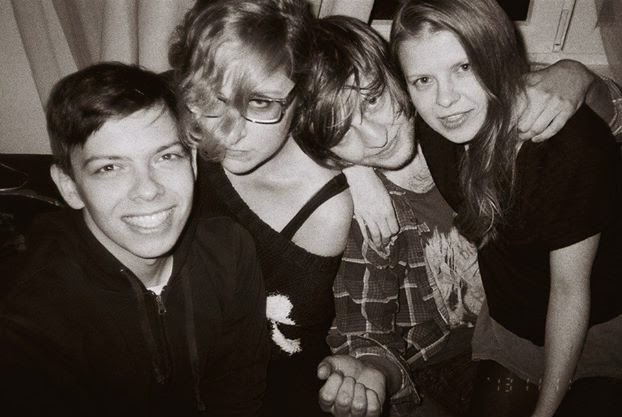 Q. Which new bands do you recommended?
Magda: I hunt for new music every day on bandcamp and each time I find something that deserves wider recognition. Like this guy that I found last week, California Girls, whose singing devastated me. Or Ghost Friends. Their track Shabby Bedroom made me cry at work. But definitely one of my favorite debuts this year is What Moon Things. I love the style of their drummer. Among our homies, Warsaw based bands Den Drones and Trzebiatów made my year.

Paweł: I’m stuck in ’90 so Magda usually shows me new music I should listen to.

Bibi: I can list a few bands that are not that new, but I listen to them a lot lately. Gustave Tiger, a great noise rock band from Budapest. Yamantaka//Sonic Titan and their YT//ST album. Eagulls from UK and Yvette from the US. We have also played a few gigs with Hey!Rabbit – they’re a great couple, who play indie folkish songs.

Q: Which bands you love to made a cover version?
Magda: We’re focusing on writing our own songs at the moment so we weren’t thinking about covering other bands.

Paweł: I have in mind covering Moxie, “A Day Off”.

Magda: If I had to choose it would be a cover of one of metal bands, like Napalm Death.

Bibi: Why don’t we cover Burzum?

Q: What´s the plans for future....
Paweł: “Hang” is now out of stock and as we have some new song that aren’t recorded yet, we’re going to focus on writing more stuff for an album. The new EP should be out in a couple of months.

Magda: We’re going to Netherlands in September to play some gigs with our friends from The Sweet Release of Death, the band that you should definitely check out. We love touring and we hope to play more concerts abroad this year. It’s always nice to have feedback from people that hear your music for the first time. We’re also planning to make our first DIY video clip.

Q: Any parting words?
Paweł: Don’t learn to play instrument, just play them and you’ll learn it by chance.

Magda: Go to concerts. Support local bands. Make your own music if you feel like to. Don’t compromise. Bibi: Don’t talk to the police. The only thing they want is power.
*
*
*
Thanks