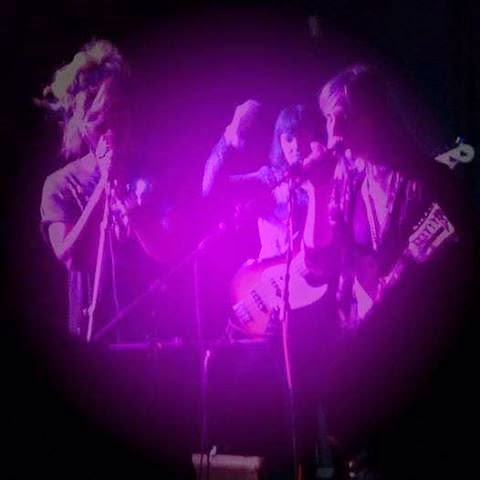 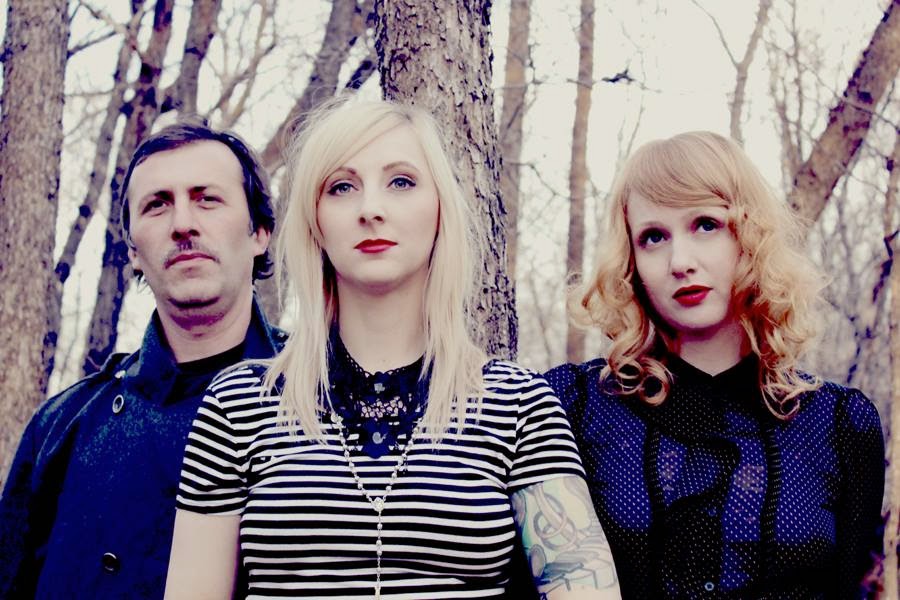 Q. When did Powder Blue (The Radiation Flowers) started, tell us about the history...
1. Powder Blue has been a band a little under 4 years. It started with myself, Elsa and Amber. We were already friends and musicians so we jammed one night for fun and it became something we wanted to keep doing. We added Sarah Krawec on bass and Janice Weber played guitar for a bit, they both played on Dream in Black (our 1st EP). When Sarah and Janice left we got Sonia Dicken on bass and recently got my husband Chris Laramee to play guitar.

Q: Who are your influences?
2. As a band we have several influences and I think we all share a common ground when it comes to oldies. We like Brit pop and shoegaze stuff from the 90's and the psych that's coming from the states today. The rest of the band is a little more open to different types of music than I. Some bands we frequently listen to are Brian Jonestown Massacre, Black Angels, Moon Duo, Depeche Mode, Primal Scream, Crocodiles, ELO,Bloody Valentine.. Too many more to list!

Q. Make a list of 5 albums of all time…
3. Ok so a list of top 5 albums of all time!? Holly that's crazy hard haha. personally for me I guess I'll leave out newer stuff and go with the stuff that when I 1st heard was like blown away and still holds true today. Ok so in no particular order...

Radiohead-OK computer. This is the album that made me really wanna play guitar, even though I will never come close to Jonny Greenwood!

Smashing Pumpkins-Melon collie and the infinite sadness. I remember when this came out I was still in elementary school so I didn't have enough money to buy it so me and my brother put our allowance together to share it. It took me a long time before I could say I liked all the songs on that album.

Roxy Music- Avalon. My dad listened to this a lot when I was young but I have way more appreciation for this album as an adult.

Neil Young-Harvest. No explanation needed for this choice I think, it's just so great and very Saskatchewan feeling:)

Brian Jonestown- Take it from the man. I'm embarrassed to say somehow I missed these guys till I was in m 20's but now they are one of my favourite bands!!

Q. How do you feel playing live?
4. playing live is bittersweet. I love playing and having people react to our music. I also don't really like people looking at me though because I'm pretty shy. Somehow it's the best feeling anyway and after you play it's the greatest high, that is if the set went well!

Q. How do you describe Powder Blue(The Radiation Flowers)  sounds?
5. I don't like to put our music into a category because what makes a genre anyway and I don't like to be tied into like for example "psychedelic" because that's when a lot of bands start trying to make those sounds and for me that would make song writing very difficult to always try and come up with a certain sound that people and yourself start to expect, ya know? I do however like a darker sounding song, if something's too happy I don't tend to like it and since I like our band I guess you can say we don't sound too happy. 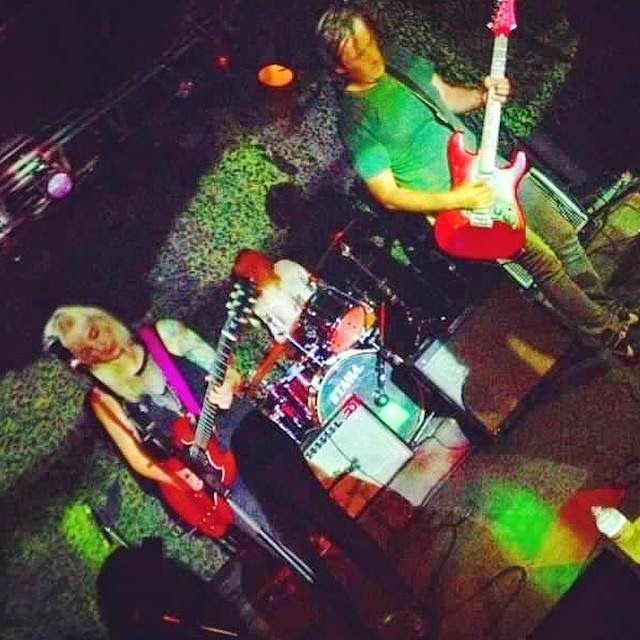 Q: Tell us about the process of recording the songs?
6. On our 1st EP, "Dream in Black" we did mostly live off the floor, I think? Then we may have overdubbed the keys and any extra guitar and percussion. Vocals were then added later. On our 2nd EP "II" we did guitar and drums live off the floor and added everything else later because last year was so crazy it was hard to all find the same time to get together. We're planning a full length this year and I'd prefer to do most tracks live bc I really do believe as a listener you can hear the energy that comes with that. I'd also like to try writing as we record, because in the past the songs were all ready to go.

Q: Which bands would you love to make a cover version of?
8. Maybe do the sound of silence by Simon & Garfunkel, make it a bit heavier? Tears for fears or Echo and the bunnymen maybe? We released a cover of rolling stones play with fire last year and that was fun to play! It'd also be so fun to do T Rex or Spiritualized!

Q: What´s the plan for the future....
9. The plan for 2015 is to write more songs and just jam and record. Get out to play some festivals over the summer and release a full length real soon:)
*
*
*
Thanks