Ticket to the Otherworld with Voyage in Solitude - An Interview 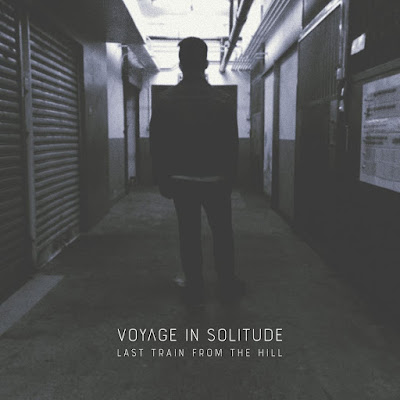 
Q. When did Voyage in Solitude begin? Tell us about the history…
I'm Derrick Lin from Hong Kong. I started Voyage In Solitude in 2016 as my solo music project. As a citizen in one of the world busiest cities, I want to express the loneliness, helplessness, frustration of people in this city, in modern society. It started as a band with typical shoegaze sound but it has become heavier and darker in terms of music like "metalgaze" or "blackgaze". In July 2018, I have released my debut EP called Last Train From The Hill, which included 6 songs.

Q: Who are your influences?
There are the shoegaze classics like Slowdive, My Bloody Valentine and Ride which inspire me to get the "wall of sound" guitar texture. The atmospheric black metal pioneers such as Darkthrone and Burzum is a great source of inspiration as well. Of course, the blackgaze bands like Alcest, Deafheaven, Les Discrets really blew my mind when I first listened to them.

Q. How do you feel playing live?
Playing live makes me totally lose myself at the stage to the shimmering wall of sound and thrashing drums. As my songs are atmospheric and on post-rock structure, playing them make me feel I am the storyteller, telling a tale in front of the audience. I am a reserved person but I can express my feelings and emotions especially when playing live.

Q. How do you describe Voyage in Solitude´s sounds?
It's shoegaze with atmospheric metal. Some may call it "blackgaze" but it's not necessary that "black". In my songwriting, I incorporate layers of guitar wall of sound with drum blastbeats. The songs structure more like post-rock, focusing on the atmosphere that the songs will build up. Each songs are like a mini story to be told. My songs are not often very dark in feelings, but more like melancholic, which reflects the people in the cities.

Q: Tell us about the process of recording the songs ?
My writing process is kind of mingling with recording process. As a solo musician, I have to record to see if all musical parts fit right.

I usually start with chords first when writing songs. If the chord progression still sound great with an acoustic guitar, I can go ahead further.

Then I lay drums for arrangement. Bass and vocals are done to connect all the dots. Guitar leads are the last.

Once I am satisfied with all songs, I record again, mix and master them and ready to release.

Q. Which new bands do you recommend?
An Ocean of Light. Blackgaze with nice post-rock touch. It's also one of the bands that will co-release a split with me.

Q: Which band would you love to made a cover version of?
I would choose Slowdive. I always remembered experience for the first time when I heard the song "When the Sun Hits". It blew my mind. I never thought there was a music like that back in the days.

Q: What are your plans for the future?
I am teaming up with another 4 bands to release a split in April.

They are Sadness from Mexico, Falaise from Italy, Crescent Days from Germany and An Ocean of Light also from Mexico. While currently producing for the split, I also start writing some new songs. I hope I can plan my next album in Fall 2019.

Q: Any parting words?
Thank you for checking out Voyage In Solitude. And the blog is filled with many goodies!
*
*
*
Thanks