Dreams Are Real with Surf Friends - An Interview 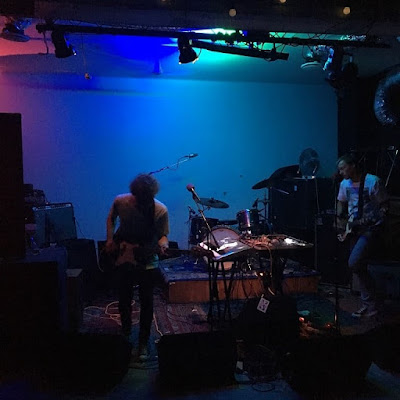 
Q. When did Surf Friends begin? Tell us about the history...
We initially formed in 2009 as a three piece, but really became the band we are now (two piece) late 2009 as Pete broke his wrist and our drummer went back to Australia so we started using samplers, keyboards, drum machines which really formed “Surf Friends”. Me (Brad) and Pete have been friends and surfed together since we were about 12 years old so it made sense to call the band “Surf Friends”.

Q: Who are your influences?
The Clean, Woods, No age, Deerhunter, Fugazi, The beach boys, yardbirds and the easy beats, the list goes on….

Q. Make a list of 5 albums of all time…
Tricky one ! Ok this is really hard !

Q. How do you feel playing live?
We love it, we go full noise and hold nothing back. We’re definitely all about having a good time and if others amp up on it and get into it, we’re stoked on that for sure as well.

Fugazi and No Age have been very influential and inspirational in our live show and the way we think as a band and beyond that too.

Q. How do you describe Surf Friends´ sounds?
Pop combined with, noise, fuzz, reverb and the ocean

Q: Tell us about the process of recording the songs ?
Generally varies from one of us coming up with the whole song, or simply by jamming together, this might start with a bass, or guitar riff, or a style of drum beat. We will generally record it , add better drum beats, change a few things around, record new vocals then send it to Mark Howden who will mix it, add some of his ideas maybe extra keys, drums, guitar and then master it all !

Q: Which band would you love to made a cover version of?
The Clean

Q: What are your plans for the future?
Keep at it ! Full froth!!

Q: Any parting words?
Take your time to slow down time, turn up your favourite tunes and do the things that get your heart beating and your lungs hootin’!!
*
*
*
Thanks