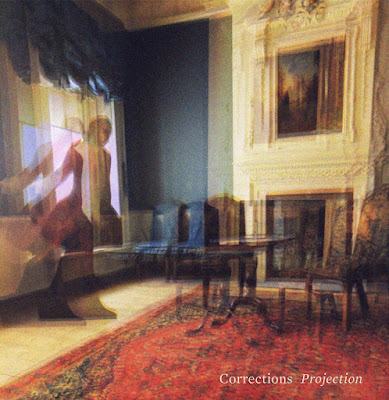 
O.H.P
I spent Christmas this year in Canberra, Australia – the ‘bush capital’, or ‘forgotten capital’ as I like to call it. I was spending loads of time with my best mate Marcel at his somewhat bohemian share house. He’s going through a lot of shit at the moment, but still manages to remain positive in the face of great adversity. He’s pretty great.

Anyway, we decided one evening to dine with this fascinating couple, who just seemed to emanate cognitive dissonance. They lived with a set of grandparents, who kind of reminded me of my own parents, but way more left-leaning, and likely just as wealthy. Bookshelves were lined with political history, and the kitchen was absurdly well-stocked.

They’d been together for years, and seemed so simultaneously at ease and at war with each other. I’m not being critical, it was just an observation. They were as content as they were slightly unhappy. I find the maturation of love fascinating—when the fire burns out and only the smouldering embers remain.

Everyone was chain-smoking cigarettes. Marcel was mostly succeeding in sleeping with this girl he’d just met, which made be a little envious, but only for his lack of inhibition, rather than wanting to be in his position. We opted to watch ‘Moonstruck’, a terrible rom-com starring Nic Cage and Cher. I retired early to the guest room which was super hot and stuffy. I slept poorly and woke up two hours before everyone else.

While I was waiting, I penned some nonsense, and composed O.H.P on the piano in their living room.

R4TS
Urban Dictionary, ‘rack’. Definitely is not referring to breasts in anyway. More evidence on the second page.

Man in the Moonlight
Also written in December. Took my portable recorder with me when I was staying with my parents over for Christmas, and spent most days recording on real cheap gear. I’d had a minor falling out with my dad, but also noticed that I’d inherited most of my drive and ambition from him, which made me stress a little. I recorded a lot at this time, due mainly to by frequent desire to be alone.

They live in Mt. Coolum, Queensland, which is this picturesque beach comber paradise. It’s humid, sunny all the time, and everyone is tanned. I got a blood test which revealed I wasn’t dying anytime soon, and drank a fair bit of coffee in the sobriety of staying with your parents over the holiday period.

One balmy evening, while working on the artwork for the album, I had this sudden inclination to do some writing on the beach. I was listening to ‘Rain on Tin’ by The Ocean Party, as I penned some melancholia and got eaten by mosquitoes. I thought about what I should be doing, and ended up taking a few photos.

The moon was so clear in the sky compared to London, which is polluted and often grey.

Pleasure Principle
I was on my to Toledo, when I became lost in my own reflection in a train window. I couldn’t stop thinking about what it would be like to love someone too much, and fail to purge entirely a toxic memory.

I also hate flying which explains the last few phrases; “Vision of dread seem to impeach my head.”

The recording at the end is of a man in his 60s called Nick, who unloaded on me, the last few years of his life during an extended conversation in a school music room. He told me about his life as a teacher who desired to be a performer, and even did an Elton John cover! Asked for feedback afterwards and everything. His storytelling revealed a lot about his personality and submission to the illusion of celebrity. I found it quite harrowing, but also weirdly uplifting. All he wanted to do was get paid to play music.

This all happened when I was working at what they call a ‘behaviour school’ here in the UK. It’s a place where kids who are expelled too many times have to go. Many of the students suffer from some kind of mental illness, so the stories I heard were mostly shocking, and you essentially get paid to have abuse hurled your way for six hours. One kid took a leak in the bin, and I’d get shoved multiple times daily. Some kids needed to be physically restrained.

I found solace in a really de-tuned piano in the music room. I recorded it in 22khz (AM radio quality) on my phone.


Theme for Great Parties
First track I composed when I moved to East London. Wanted to make a dance track, about my struggle to tame sordid memories, which should be obvious by now.

I guess it’s about the nasty side of a failed relationship, and all the futility of attempting fix something that was damaged beyond repair a long time ago, and has since been scrapped and turned into a product.

Dark of the Pillow
That horrific moment where you know you don’t love somebody anymore, but still want to sleep with them.

Sweet Lust
One my best mates is a guitar virtuoso, and a pretty good looking one at that. This song is my interpretation of how he was feeling in the year 2018. He’s not great with feelings, so I hope I’ve done them justice.

Also really pleased that I managed to include ‘apothecary’ in a song.

Anna in Season
An homage to Asylum Party. I remember listening to ‘Together in the Fall’, and recording the structure of it on a notepad. I think it’s the ultimate French Cold Wave song.

In a more straightforward manner, it’s about how memory holds you back and can send you into a state of paralysis unless you decide to face your fears, and just hope for the best.

It’s a heavy burden that is now a lot lighter with the release of Projection.
*

*
*
Thanks for reading, and thank you Renato for all the support.