Best Days with Cartwheel - An Interview 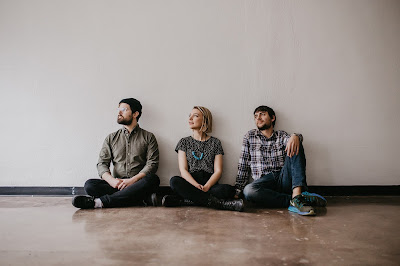 Q. When did Cartwheel begin? Tell us about the history...
I've been playing in bands non-stop for 12 years, but I had a perfectionist block against songwriting until about 4 years ago. One night a very honest song just fell out of me – the song ‘Nothing.’ The chords, melody, and words came all at once in a rare miracle. Over the next two years I continued writing the songs in my bedroom and worked on forming the band. Will and I were playing together for about a year fleshing out the arrangements, then Riley came into the picture and really filled out the sound harmonically.

Q: Who are your influences?
I heard Cat Power's "What Would the Community Think" in 2014. That record definitely influenced my early songs when I was learning to write. I had a lot of complex feelings at the time but I didn't know how to express them, and this record is delightfully stripped down and broody. It really resonated with me. I was also super influenced by Pavement, Yo La Tengo, and Angel Olsen during this era.

Q. Make a list of 5 albums of all time…
Popular Songs by Yo La Tengo
Crooked Rain by Pavement
Revolver by the Beatles
TNT by Tortoise
Tender Buttons by Broadcast

Q. How do you feel playing live?
I feel really comfortable on stage. This is my first time singing in a band though, so I focus a lot on my voice and the lyrics now. Sometimes the lyrics bring up a lot of raw feelings, and the performance comes very organically. At the same time, I love turning on every overdrive pedal I own and manipulating the feedback into something musical. I love playing loud.

Q. How do you describe Cartwheel´s sounds?
Sometimes sweet, sometimes noisy and jagged. I love that contrast, and I try to use it as much as possible.

Q: Tell us about the process of recording the songs?
Our crew was small. It was just the band and my good friend David Lord, who recorded and mixed the record at his studio. The whole process was very relaxed, intentional, and creative. We experimented a lot with tones and mic placement in different parts of the room (my favorite example of this is on "Choose an Adventure"). We recorded it over the summer, mixed it during the fall and winter, and sent it off to TW Walsh for mastering in January. It's so surreal that it's finally almost out!

Q. Which new bands do you recommend?
I love all of Pheobe Bridgers' collaborative projects (Better Oblivion Community Center, Boygenius). Mitski. The new Cherry Glazerr album RIPS. Sharon van Etten. And we have some awesome music in the midwest – check out "Hands Like Glaciers" by Old News, "Learning How to Talk" by Mess, and "Forest Standards" by David Lord.

Q: Which band would you love to made a cover version of?
An Angel Olsen cover band is already in the works with some gal pals.

Q: What are your plans for the future?
Our music video for "Break & Mend" is coming out soon! After that we're gonna play a bunch of shows, head to SXSW, and make another record.
*
*
*
Thanks