Here's The 101 On How To Disappear with Dakota - An Interview 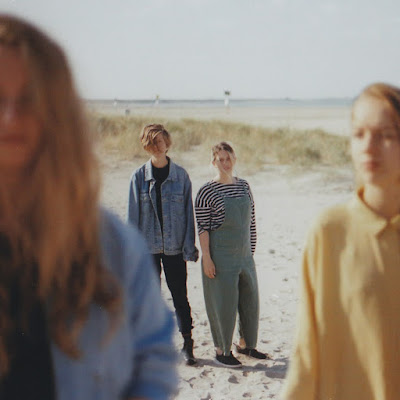 Q: Who are your influences?
We are influenced by many different artists and genres. The four of us listen to very different artists. For instance Lisa listens to Fiona Apple, Lana to Meshell Ndegeocello, Annemarie to Brian Blade and Jasmine to Khruangbin.

Q. How do you feel playing live?
Playing our songs on stage has always been something we really enjoy. We are all very at ease and having fun together!

Q. How do you describe Dakota´s sounds?
Many different blogs have their own interpetation of the genre, which is very entertaining for us to read. We think our sound is best described as melancholic alternative pop. We have a dominant rhythm section and very melodic guitar parts with soothing vocals.

Q: Tell us about the process of recording the songs ?
When we started recording the album we didn’t actually have all of the songs yet. We recorded the songs in different sessions with our producer David Hoogerheide whilst writing the other songs in our rehearsal space. We recorded the instrumentals at the Church studio, which is an old church in a small town in the Netherlands that has been transformed into a beautiful recording studio.

After recording the instrumentals we seperately recorded the vocals with John Sonneveld.

Q. Which new bands do you recommend?
Most new bands that we are familiar with are Dutch. Some of them are: Tape Toy, Dave Budha and Feng Suave.

Q: Which band would you love to made a cover version of?
At the moment we are actually trying to play some covers hahaha The ones that we are working on right now are: Chic - forbidden lover and Tim Christensen - time is the space between us and some instrumental tracks.

Q: What are your plans for the future?
The future is still uncertain for us. We just released an album, but our singer Lisa needs to take a step back because of mental health issues, so we do not exactly know what to future has in store for us.