Alone with Fine Cult - An Interview 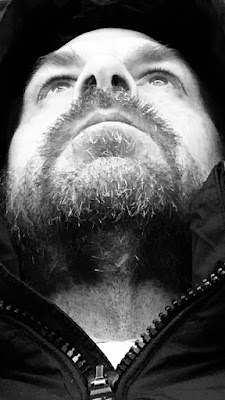 
Q: When did Fine Cult begin? Tell us about the history...
LW: Fine Cult began posting as such on SoundCloud last summer in 2018, but I was experimenting in 2017 with nothing but an iPhone, GarageBand, and a tiny interface. It wasn't until last year that I was able to pull together all my influences and drive, and churn it into something pleasing to the ear. The start to record was I think a matter of time, technology, and persuasion to get serious about the craft. Also, there's been an incredible amount of personal goings-on over the past three to four years that just drove me to have to express in one way or another.

Q: Who are your influences?
LW: Bands all over the place and time. Lush, Slowdive, St. Etienne stuff, The Cure, Siouxsie, Wire, XTC, but also Kraftwerk, The Pink Dots, Renegade Soundwave, industrial acts as well.

Q: How do you feel playing live?
LW: Funny because I've recently thrown together a relatively decent pedalboard with eight or nine pedals. I have a Vox AC15 and Marshall Origins 50w both taking up space and collecting dust in the apartment. I think what I'm doing is planning ahead for inevitable gig but haven't taken that leap yet. My focus for now is high quality recording, and possible soundtrack work down the road.


Q: How do you describe Fine Cult´s sounds?
LW: The signature Fine Cult tone is a mix of Post-punk beats with almost always a drone of harmonics/reverb/flange guitar at some intensity or another in the background. It reminds me of being inside a jet engine, or in a wind tunnel or wavy beach sounds. I tend to use bass lines as much as a six string guitar to give enough lead to carry songs forward. My goal with Fine Cult is not to force anything down the listener's brain. I make music you can either stop the world and focus heavy into it with a pair of headphones, or you can put Fine Cult on while you have your buddies over on the back patio for beers and a bonfire. A friend of mine says she likes to listen to it when she's driving on the road. It's often soundtracky (in a good way) and repetitive (also in a good way), and the lyrics are intentionally minimal -- just to conjure up pictures for the audience.

Q: Tell us about the process of recording the songs ?
LW: I find some time at night and start 99% of the time with a rhythm guitar line in any particular key and bpm. The songs grow from there. In the past five or six years I've picked up mostly Fender electrics and they inspire me in one direction or another from the beginning of a sound. Some tracks take weeks and weeks to grow all of the layers, where others I've nailed out in one or two sessions. Vocals are always the last piece.

Q: Which new bands do you recommend?
LW: I can tell you who I'm listening to now. Anna Calvi, FTR (aka Futures), The Soft Moon, and Wooden Shjips.

Q: What are your plans for the future?
LW: Keep crafting out new material. I'm going to work harder when time allows it to get Fine Cult up on Spotify and farther into the grid -- YouTube, etc.. A photographer friend in northern Indiana is working with me on cover art moving ahead. The first physical release from Fine Cult are coming out soon in a very limited cassette release of the 'White Glasses' EP through CustomMadeMusic.com out of Virginia.

Q: Any parting words?
Yah, keep tuning in to Bandcamp and Facebook to see what's the latest. Most new and older Fine Cult demos can be heard still at the SoundCloud page before eventually going into either the trash can, or post-production!
*
*
*
http://finecult.bandcamp.com
http://www.facebook.com/finecult
http://www.soundcloud.com/finecult
Postado por TBTCI às 07:08