Slow Decay with Processions - An Interview 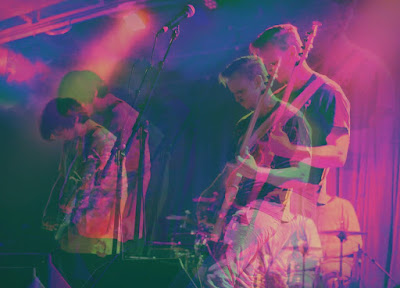 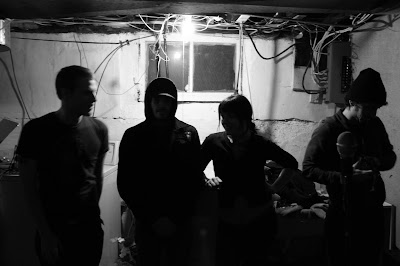 Q. When did Processions begin? Tell us about the history...
Back in late 2016 I recorded a poorly made instrumental demo on my computer showed to my pal Joshua (who we eventually parted ways with) who liked it and the two of us started jamming together and eventually formed a band. We've done so much within our first year hopefully this year will be bigger.

Q: Who are your influences?
Speaking for myself I would have to say: Husker Du, Sparklehorse, Joy Division, and Teenage Fanclub

Q. How do you feel playing live?
I'm a very anxious person so initially the mere thought of playing live is a little daunting.

However, once we start playing and I get on the stage, I get this streak of confidence to perform well and sing. Beer also helps with that too! haha!

Q. How do you describe Processions sounds?
It's all over the place & obviously my influences play a role in that --one minute it's fast and aggressive & the next it's very "chill" and atmospheric. Atmospheric dreampop/post-punk? I dunno!


Q: Tell us about the process of recording the songs ?
Well our first EP "Blush" was recorded primarily on a Tascam 388 which is really cool sounding, but a pain in the ass to record with because it's tape. So we if flubbed or messed up in the most MINOR way we would have to record the whole thing from the top...However, we did the vocals digitally. Our second EP "Slow Decay" was produced digitally which explains the clarity on the recordings. I'm quite satisfied with both EPs.

Q. Which new bands do you recommend?
Foliage--This dude is THE hardest working musician I've ever had the pleasure of e-friending. Definitely keep an eye on him and his work he's going to blow up.

Houseplants--We did a three date "mini-tour" with these guys (& gal) and it was honestly a great experience they're really nice, personable people and their music is absolutely gorgeous. Their self-titled EP was on my top 5 of 2017.

Q: Which band would you love to made a cover version of?
I constantly try to egg the guys in to covering Husker Du or New Order. hehehe! The former is probably something we'll start incorporating into future live performances!

Q: What are your plans for the future?
We're going to re-record a song from our Blush EP and make it higher quality sounding and make an accompanying music video to go with it be on the look out for that! Also "Slow Decay" is getting 7" record treatment here pretty soon!

Q: Any parting words?
Thanks for taking the time to ask these questions! Texas readers, if you're in Austin March 23rd & 24th come to DKFM's Dreamgaze Fest at Cheer Up Charlie's! Incredibly stacked lineup (yours truly included) and all an around a great time! Thanks! Please stream us on Spotify!
*
*
*
Thanks