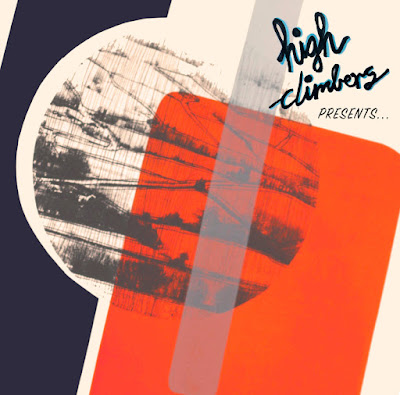 
Overgrown:
This song came out of my first experience using open C tuning. I found an intriguing melancholy with simple picked arpeggios, so I used it as a canvas to write about the underpinnings of my life at that time- namely, restlessness in a disasstifying routine. It happens so often that we start down a road which is positive but eventually turns. It can then become hard to discern what one's true feeling is, as they slowly descend in quicksand. This is a bit of a thematic introduction.

Low (No Reason)Feeling the push/pull of power verses freedom, all around us and in far-off places we only hear about. I think this was written around the time of the Brexit vote, where two ideological camps (created by the media) were being pitted against each other. Leading oneself down a road of ignorance and exclusion seems to be a tiresome one; their exhaustion is spread across the front page but with such a contradictory inherent power. I instead try and see the colour beyond the chaos.

Can You See It?This track is a conversation with no one person in particular, but perhaps those in a certain ideological camp. I'm no saint, but I can't help but see examples of complacency in dire situations. There is a definite lack of awareness to their submission. My questions are to the broken-hearted and minded; tiresome discontent with no courage to step up.

First PointMy first real song with my Boss RC30 looper. I'd just bought a keyboard for £3 at a local Chinese market and discovered looping the same key would produce different pitches. With this in mind I decided to play the basis of the track live, adding in layers sparingly. The guitar and voice followed and were guided by the loop I'd created. First Point is a homage to the beginnings of a relationship - the launching point to a higher state of being. Any self-doubt is swept away by the love of a newfound significant other.

Soft
A trip to the aqaurium prompted this, especially as I saw the elegence in the seahorses there. Coinciding with new love, I began shedding the skin that kept me closed. This beautiful state of purity was mimiced by these little creatures as I watched them swim around so graciously. It's more an exploration of a feeling and transitioning.

Good Go UpThe loss of a friend far too soon was the sole inspiration here. Made in a time of grevience, my head and heart were filled with the deepest sadness I have felt in my life so far. It was coupled with anger, especially as many people carry on living worthless loved. I began thinking about reincarnation also, and concluded that he would be rewarded for his selflessness and purity on earth.

PreoccupationsThis shifts back to an earlier narrative. I was in conversation with myself, trying to recognise my power to initiate change. A cross-roads had appeared and I was to make a definitive choice either way. It stood as 1 of 2 loop-based songs I wrote on a grey Friday - this one being set on advice and recommendations on how to live and be. Maybe a bit like a road map or guidebook with definite things to stay away from.

I Know This Much Is TrueMore of an exploration of a feeling, ignited by certain social relationships. It's about the fakes, untruthfulness and unreliability, and fixated on things not changing. What's more, negative energy is the destroyer of social cohesion and I became set on removing it far away from me.

For This Life (I'm In)An appreciation of lessons learnt, and a dedication to see them clearly. There's an awareness that demons won't die and shadows may not lighten, so we must learn to live with their presence.
*
*
*
Thanks