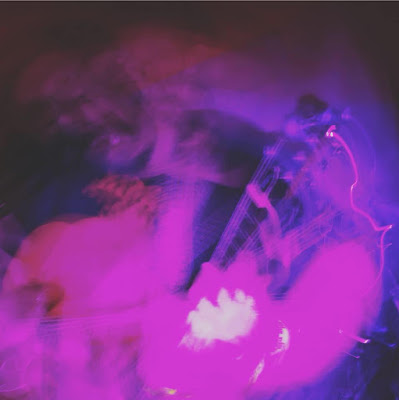 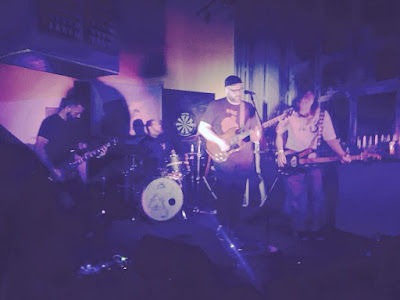 Q. When did Arms Bizarre begin? Tell us about the history...
It all started in Virginia Beach, Virginia playing with my sister, Bekah and a good friend of mine Barry, in the garage. It was around November of 2012. I remember it well because there was a hurricane in town and we had the cops called on us. The police were actually pretty cool about it, just asked us turn down. The band has evolved from there with new members, all good friends and great company to be around. We’re still in the garage and haven’t had the cops called on us since that first time.

Q: Who are your influences?
It’s really hard to pin down our influences. For me, lyrically I’m influenced by Dave Bazan & Robert Pollard a lot. As for the music, there’s no direct source of inspiration. From 90’s alt rock to punk, indie rock and shoegaze. Psych rock too. I listen to a lot of rap. I strive for songs with pop sensibility mixed with thick fuzzy guitar. Big drums and bass. Right now I’m listening to a lot of King Woman & Deafheaven. Leviathan as well. Maybe some of that will creep into new material.

Q. Make a list of 5 albuns of all time…
I’ll never be able to provide an all time top 5 album list. It changes every time I try to. My “current” top 5 would be...
Frank Ocean - Blonde
Whirr - Sway
Mount Eerie - A Crow Looked at Me
Leviathan - Verrater
Guided by Voices - Alien Lanes

Q. How do you feel playing live?
Playing shows is a roller coaster of feelings. Usually starting with extreme anxiety and ending with undulating relief. I think all of tension built up inside makes for a massive release physically. Personally, it’s a rigorous mental process but at the end of it all I’m happy and whole.

Q. How do you describe Arms Bizarre sounds?
Our “sound” is up for grabs. I really only want a big sound that’s drenched in distortion and reverb. Freedom to express that sound flows individually through the band as a whole.


Q: Tell us about the process of recording the songs ?
All of our recordings in the past have been home recordings. Very little quality equipment. As time has passed the process has changed. On our latest release, Bizarre Family Drama, the drums were studio recorded with some guitar, bass and vocals. We recorded all the lead guitar and some vocals at home, with much better gear for recording.

Q. Which new bands do you recommend?
My recommendations for new(ish) bands starts local. I’m a big fan of You’re Jovian, Wandcarver, Norfolk Nightmares, Prayer Group (RVA), Demons and Death Valley Rally. There is so much talent and creativity in the Norfolk/Va. Beach area, I could go on and on. We played with Spooky Cool last night from Richmond, Va. I was absolutely amazed by them. Brooklyn based A Deer A Horse are a personal favorite of mine too. We’re sharing the stage with them next weekend. Check out their EP Backswimmer.

Q: Which band would you love to made a cover version of?
I’m funny about covers. While I enjoy them I’m scared of them. I’m afraid of taking another musicians song and losing the power of authenticity. I’ve always wanted to cover Now to War by Guided by Voices and The Blog That Celebrates Itself already beat me to the Starflyer 59 covers!

Q: What are your plans for the future?
Our plans are to continue making records and playing shows at home and on the road. It’s been DIY from the beginning and it will probably always be.

Q: Any parting words?
Music is personal and communal all in one. The late nights reflecting and writing are its core. Taking it out of the garage and sharing it is the fun part. Especially if you were able reach someone with it. Support your “scene” as much as possible. Love each other, love your partner, love your kids, love your family and friends. We all create differently and the differences are what make music and the world rad.
*
*
*
Thanks