Harmony in Chaos // Beauty in Daydreams with Yún - An Interview 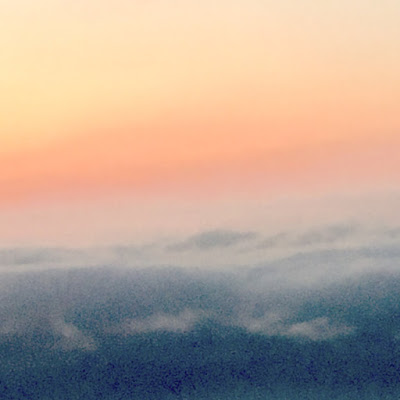 
Q. When did Yún begin? Tell us about the history...
A. yún began as a home recording project after I realized a lot of the songs I was writing didn't really fit in with the band I was with at the time. I wanted to be able to explore different recording techniques at home without the pressure of needing it to sound super polished.

Q: Who are your influences?
A. The Smiths, Dinosaur Jr, My Bloody Valentine, Sonic Youth, Deerhunter, Yo La Tengo, Joy Division, and Toro y Moi, had a huge influence on me when I was teenager. I remember wanting to recreate the guitar and synthesizer sounds they made. The way their instrumentation created this wall of sound and texture really captured my attention as I had only listened to very sparse guitar-oriented music as a little kid. Local San Jose bands like Eudemon, Ugly Winner, Worker Bee, and Sourpatch really influenced the punk/post-punk-y attitude in my songs and Japanese post-rock/math-rock bands like toe, a picture of her, and mouse on the keys really influenced the chord progressions I use.

Recently, I've become more influenced with very vocal/harmony driven music like Grizzly Bear, Olivia Tremor Control, The Beach Boys, The Beatles, and a couple of 60s girl groups. I love the production work by Chris Taylor, Brian Wilson, and Phil Spector, but I'd say Will Cullen Hart from Olivia Tremor Control is currently the biggest influence on my songwriting, production, and growing interest in abstract art.

Q. How do you describe Yún sounds?
A. yún songs tend to be a wall of dreamy and jangly distorted guitars with simple poppy vocal melody lines and drawn out ambient/noisy interludes. There tends to be a lack of oversaturated reverb on my songs because I feel the infinite reverb tails thing is overplayed now.


Q: Tell us about the process of recording the songs ?
A. It usually starts out with a drum pattern or chord progression I've been working on in Reason. The song builds itself during the recording process with me just layering different guitar parts, instrumentation, and loops on top of the basic track. Separation of parts like verses, choruses, bridges, etc seem to work themselves out during the layering process as well. The vocal melodies/lyrics tend to be made on the spot/using stream of consciousness because I kind of want a raw/very primal feeling to it. The vocal layering of the recording process is the most difficult for me because I'm not a strong singer / it's hard to stay consistent when you make melodies and words up on the spot.

Q. Which new bands do you recommend?
A. This is a hard question because I haven't listened to too many new bands recently... but off the top of my head I highly recommend Washer, Lightning Bug, and The Sweet Boys (all from NY, the latter doesn't exist anymore).

Q: Which band would you love to made a cover version of?
A. I'd love to cover Baby I Love you by the Ronettes or any Ramones songs. Something about the vocal melodies in both groups drives me crazy... they're simple but so catchy!

Q: What are your plans for the future?
A. yún actually looked like it was going to be a dead project for the last year because I had been in a pretty severe writer's block for the last 3 years. However, I suddenly started writing songs that really piqued my interest about a month ago and the progressions, melodies, and ideas haven't stopped since then. The newer material is more vocal/harmony driven, less focus on a wall of guitar sound, and a severe lack of stream-of-consciousness when it comes to lyrics. However, the next release might have to wait a while because I'm also currently in the process of starting another post-rock band in the bay area and I want to focus on learning how to paint abstract art.

Q: Any parting words?
A. Thanks for the interview Renato! It's a thrill that more people are taking an interest in my music.
*
*
*
Thanks