Ceremony Of Shame with Candélabre - An Interview 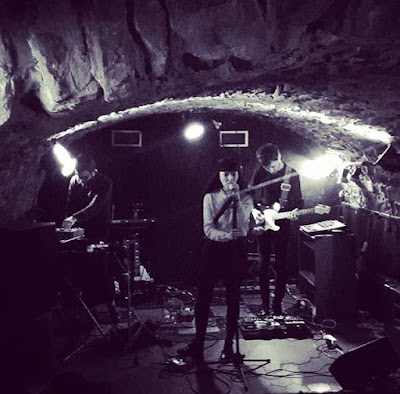 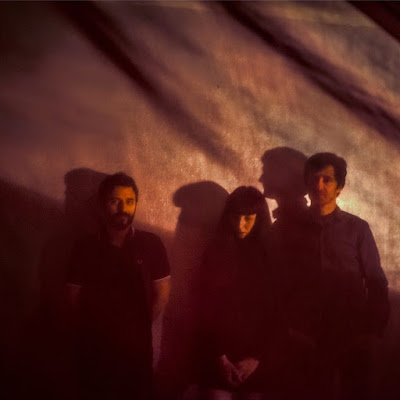 Q. When did Candélabre begin? Tell us about the history...
Cindy: It was at the Amanita Muscaria (a music venue in Toulouse, our city) in September 2016.

Anthony: Yeah, we met in September 2016 during a gig with our respective bands at the time. In human terms and on a musical level we were getting along pretty well, so we gave it a try and that was it. We began to play together in April 2017.

Q: Who are your influences?
Anthony: Ride, Slowdive, The Soft Moon, Chelsea Wolfe.

Q. Make a list of 5 albums of all time…
Anthony: Nowhere by Ride, Souvlaki by Slowdive, Slanted & Enchanted by Pavement, Hit Parade 1 by The Wedding Present, The Texas-Jerusalem Crossroads by Lift to Experience.

Q. How do you feel playing live?
Anthony: It's a pleasure and it's rewarding. With the aim to always do better and give the best of ourselves.

Michaël: What suprises me the most is that we don't play a music that can be considered as "fun" or "entertaining" in a way that some music styles can be. I mean it's rather dark, melancholic, intense, but I'm always suprised that at almost every show we play some people in the audience dance during all the performance. It's really rewarding and I take this as a great compliment. What else can be more rewarding than seeing people expressing their pleasure by moving their bodies along to the sound of your music ?

Q. How do you describe Candélabre sounds?
Anthony: Tensed, evanescent.

Michaël: Cold and warm at the same time. Sometimes heavy.


Q: Tell us about the process of recording the songs ?
Cindy: We write and create the songs during our rehearsals.

Anthony: For the EP we recorded the instruments first and then Cindy recorded her vocals by herself. We used just a small amount of gear, basic mics and an old and cheap software.

Michaël: We didn't do it properly or at least the way it's supposed to be done in a professional way. We didn't went in a studio or something like that. It was quite an instictive and empirical approach. Then we mixed the whole thing together.

Cindy: All by ourselves. We try not to simply record the songs as we play them during the rehearsals but to bring something more during the recording process. That can be the production, the arrangements or the mixing.

Q. Which new bands do you recommend?
Anthony: Ought, Protomartyr, I currently listen to Lebanon Hanover, Tropic of Cancer, Total Victory.

Q: Which band would you love to made a cover version of?
Anthony: "Drive Blind" by Ride.

Cindy: "The Model" by Kraftwerk

Michaël: "Forest Fire" by Lloyd Cole And The Commotions.

Q: What are your plans for the future?
Michaël: The EP was initially released by BLWBCK our label on tape and we are going to release it on another label called Solange endormie Records on CD very soon. Probably record another EP in the next months.

Cindy: Probably work on the next record with other people close to us to get a new perspective.

Q: Any parting words?
Cindy: We are very pleased to have been able to put out our first EP on BLWBCK records, it's a label we were really fond of, their catalogue is awesome, consistent and very demanding. And they are nice people too. We feel very proud and grateful for it.
*
*
*
Thanks