She's a Mod with The Hungry Onions - An Interview 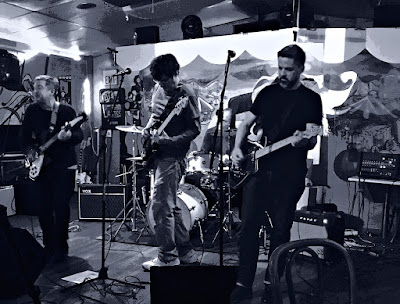 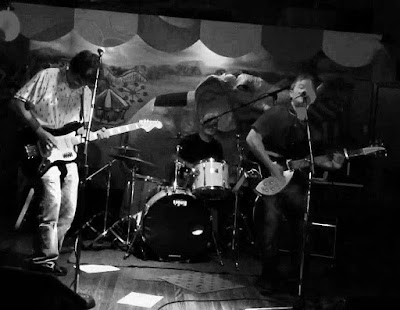 Q. When did The Hungry Onions begin? Tell us about the history…
The Hungry Onions actually started out as a two piece. My brother Jimmy and I would write and play at each others houses to the beat of an old somewhat broken down drum machine. While playing his bass, Jimmy would quickly reach over and punch buttons to control the tempo and fills in the machine which was piped out of a small speaker hanging on the wall. It was a brilliant set up that ran us about $20 bucks and allowed Jimmy to develop tremendous hand/eye coordination. I digress! Back to the Onions story. After a while we decided to create a bandcamp site which became home to several demo songs. This went on for a couple years. The songs started to pile up and with the encouragement of some really great friends and fellow Austin musicians we decided to step out of the comfort zones of our homes and into the live clubs of Austin. The Onions took giant leaps forward when our drummer, Clutch Cardon, and lead guitarist, Jon LaChance joined the band. Jimmy, Clutch, and Jon each played in some real great bands previously and are veterans of the Austin music scene, but this is still new territory for me.

People might be wondering where we got our name from. Well, Jimmy and I were sitting around watching TV one summer afternoon trying to think of band names. An old, old rerun of the Dobie Gillis show was on the tube when the beatnik Maynard G Krebs debuted his poem to a small crowd gathered at the Hungry Onion coffee shop… the hotspot for local Southern California beatniks. Well, it was pretty funny at the time and the name just seemed to fit. So now you know the rest of the story of the Hungry Onions!

Q: Who are your influences?
We each have a bunch of different influences. Jimmy loves Guided by Voices, Jon is into all kinds of stuff including Blitzen Trapper, Clutch likes Prog music, while I’ve always enjoyed the mercy beat of psych/garage. Our music is influenced by rock, psych, and surf both new and old The Kinks, Stones, and Jam immediately come to mind. We also dig modern garage artists like Allah Las and Mystic Braves.

Q. How do you describe The Hungry Onions sounds?
Our sound is a mix of garage, psych, and surf. Definitely sixties influenced with lots of jangle, harmony, and reverb, especially on vocals. Toss in some Byrds like 12 string on a few songs and you have that Onions sound! Or at least the one we are going for.

Q: Tell us about the process of recording the songs ?
Great question. The process could best be described as a hodgepodge. Hopefully people like the end product, but we definitely used our own method to get there. Clutch and Jon are both great at sound in general and understand how to record. They each recorded their own parts and sent them over dropbox. Meanwhile, Jimmy and I recorded bass, my guitar, and vocals in our modest home studio. I ended up mixing and we worked with Rick Cramer, a mastering engineer in California to finish it up. Deep Eddy Records, a local label helped to get the album out. Both Rick and Deep Eddy were great to work with.

Q. Which new bands do you recommend?
Really like the Allah Las. We saw them a few times when they came down for SXSW in Austin a couple years ago. Been listening a lot to the Orange Kyte’s music on bandcamp lately. Great stuff.

Q: Which band would you love to made a cover version of?
I’m a sucker for Beatles tribute bands. Basically anything off that Red Album would be super cool to cover. It would also be fun to do a combo album with our friends from the band Raul’s Royal Foot where we take turns covering early Texas punk rock. That would be cool.

Q: What are your plans for the future?
Fortunately, Austin is still a great place to hear live music. We’ve been playing at a few super nice local venues, but would like to branch out to play a few more. We also have a bunch more songs in the tank that will eventually be put out as a follow up to She’s a Mod. CD and Vinyl would be nice.

Q: Any parting words?
Sure, first thanks for all you do. The blog is awesome and we are honored to be included. If folks want to check us out, the bandcamp, Facebook and Deep Eddy Records sites are great spots to listen or stay tuned on upcoming shows. In addition to She’s a Mod, we have a demo site on bandcamp where additional songs can be heard and downloaded. Thanks again Renato!
*
*
*
Thanks