Symphony No​.​1 with Flowers of Hell - An Interview 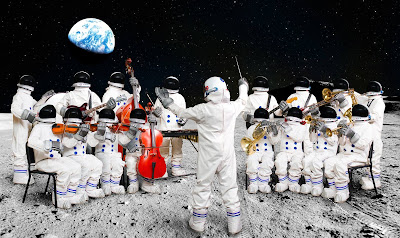 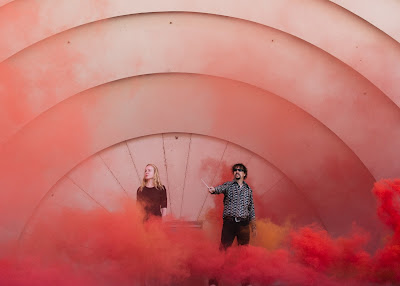 Q. When did Flowers on Hell start? Tell us about the history...
I started it as a studio project in London in 2002 and it evolved into a live band by 2005, spreading across the ocean in 2007 when I moved home to Toronto and decided to transform it into a ‘trans-atlantic space rock orchestra’. It seems crazy now, but back in 2005 there were only a handful of places you could get booked to play space rock/psych/shoegaze stuff in London. It made for a nice scene around these nights Club AC30 and Sonic Cathedral where legends from the Mary Chain and My Bloody Valentine would be hanging out with the new groups. We came out of there and clawed our way up, always on one-man bedroom labels doing a whole lot of endless DIY work from self booked tours and self made videos, to a whole lot of web promotion...while we reached the point where we now play stuff like Austin Psych Fest and Liverpool Psych Fest, we’ve never compromised on our sound and that’s left us still having to do all the shitty business work ourselves. Guys like Sonic Boom, Kevin Shields, and Lou (LOU!) Reed telling us they’re into what we’re doing is what keeps us going – we’ve been rejected by over 100 labels and passed over by dozens of agents over the years for being too non-commercial.

Q: Who are your influences?
Spacemen 3, The Velvet Underground, Malcolm McLaren, Jack Kerouac, Oskar Fischinger and Vaclav Havel to name a few – we’re as much influenced by ideas as sounds. I went out to The Jack Kerouac School Of Disembodied Poetics in Boulder, Colorado and got to learn from the last of the original Beats and those who’d known them all – we hit it off great and they deemed me one of their kind, which was a great compliment that really underlines how much Beat Generation philosophy drives my work.

Q. Make a list of 5 albums of all time…
I had a job interviewing musicians backstage at the BBC’s Top Of The Pops and popped the Top 5 question to many superstars including the Spice Girls, Queen, Alice Cooper, Depeche Mode, and Oasis (Liam Gallagher’s answer was the best, he named off five Oasis albums!) But rather than being a dick and naming five of my own records, I’ll say:
The Velvet Underground & Nico,
Spectrum’s ‘Highs Lows and Heavenly Blows’,
Spiritualized’s ‘Lazer Guided Melodies’,
The Sex Pistols ‘Nevermind The Bollocks’,
and The Harder They Come soundtrack, though it changes over time.

Q. How do you feel playing live?
It depends on the sound onstage – if I can hear myself and all the instruments clearly, it’s glorious. Though in shitty little indie rock clubs, more often than not it’s a challenge and although we know what the audience and sound engineer are getting to hear is great, if what we’re getting to hear isn’t, why bother? We’re not in this to win fans or to earn a living; we’re in it because we like to hear the rare kind of music we make.

Q. How do you describe Flowers of Hell sounds?
‘Classical music for shoegazers’ was a description a journalist for The Times coined to describe our first album, and I’ve been using that ever since.


Q: Tell us about the process of recording the songs?
The process was to go to hell and make it back with a record. There’s over 150 layers of audio in our newly released symphony and most of it was produced by me at home. Some bits were jammed out by me on a custom programmed digital orchestra I’d pulled together and then had my bandmates overdub on, others were jammed out by us all together in the studio – I’m a big believer in the power of edited improvisations. It dragged on for six years and to get the necessary focus to mix it all, I booked myself on a two week trip across the ocean as the lone passenger on a working cargo freighter, figuring I’d have no distractions. There was bugger all to do and you didn’t even have to think about what you were eating, I ate what every other sailor was served or went hungry.

Q. Which new bands do you recommend?
Old Fire’s ‘Songs From The Haunted South’ is by far my most played record of the year – it’s beautiful music from The Earlies’ John-Mark Lapham. He spent a decade working on it, and the quality shows. Also have been digging the post-punk-shoegazey-krautness of my local favs Programm’s album ‘A Torrid Marriage Of Logic And Emotion’. And Colin Stetson’s ‘Sorrow’, a kind of ‘indie-classical’ interpretation of Gorecki’s 3rd symphony. Fresh Snow’s ‘One’ is also a genre bending album I’ve had on a bit. This millennium has been low on new genres and that’s sucked. 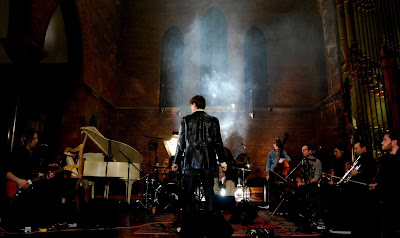 Q: Which band would you love to made a cover version of?
We did a covers album called Odes in 2012 that Lou Reed really liked – especially a melding of the Velvet’s ‘Heroin’ with Laurie Anderson’s ‘O Superman’. Lately I’ve been fascinated with the old cowboy song ‘Ghost Riders In The Sky’ and wish we’d tackled that on Odes.

Q: What are your plans for the future?
Well, I think we’ve just re-invented classical music for our generation so I guess the next part of the plan is to find ways to get people to hear it....though I’m tiring of fighting to be heard. So maybe the future is just going to be me in my basement making music no-one will ever hear.

Q: Any parting words?
If you dig someone’s record, take a moment to tell them – because praise is the only fuel for musicians to run on these days.
*
*
*
Thanks