Unknown Paintings of Space with Super 78 - An Interview 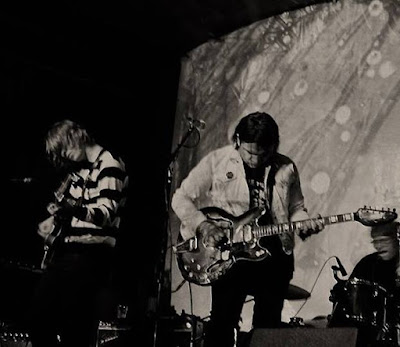 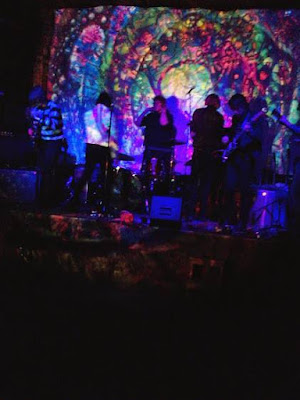 Q. When did Super 78 start? Tell us about the history...
The band was formed during high school when I met my good friend Rocky, who now follows his own musical endeavors.

We started playing shows under different names until settling on Super 78 after I graduated in '09.
As most everyone else that's not a dickhead, we spent most of our time seeking out mind expanding music & other cool things in music history & other arts, ultimately sinking into psych & punk gems of the 60's all the way through the 80's.

Meeting cool people with similar interests along the way, we finally found Leon Ridd who is the only founding member, aside from myself, that still plays today.
After that, we went through a bunch of members while gigging regularly and recording what seems like a million demos.

Q. Make a list of 5 albuns of all time…
Primal Scream - Screamadelica
the rest are always changing ¯\_(ツ)_/¯

Q. How do you feel playing live?
I like playing live a lot! It's like hearing your own mind's little orchestra being played behind you while keeping guitar strings & tempo fuckers at bay

Q. How do you describe Super 78 sounds?
Spaced out repetitive psychedelia....and stuff


Q: Tell us about the process of recording the songs ?
Usually the recording process is very slow as I let my mind wonder & try out new things plus the never-ending challenge of dealing with gear misfortunes & money.

For this record though, Leon & myself pretty much locked ourselves in our studio for 2 months straight & learned how to do everything ourselves without seeing the sun for 3 days at times.
Although the songs were mainly all the way written, when you start tracking & have more control than a live show, you tend to start turning knobs & pushing buttons & eventually coming up with cool new sounds with echoes & phasers and shit that never was meant to be part of the song. We definitely got lost in the midsts of our ideas ha!

Q: Which band would you love to made a cover version of?
I always love to cover Television Personalities. Also, currently working on a Super 78 version of Robyn Hitchcock's 'Love'

Q: What are your plans for the future?
Work hard, vinyl release, tour a lot & share my music to all those who are willing to listen.

Q: Any parting words? Thanks again
Get up, do something, love you all! X
*
*
*
Thanks