Veiled Bruise with Meviu§ - An Interview 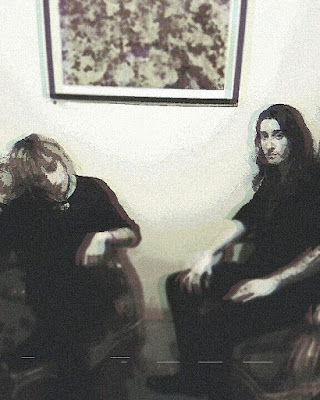 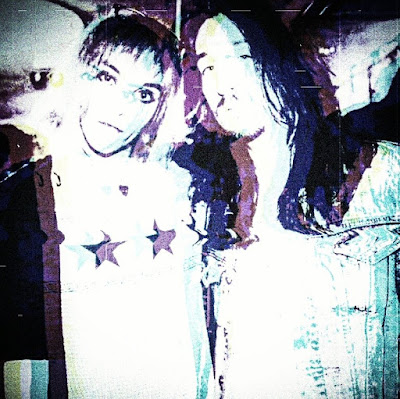 Q. When did Meviu§ start? Tell us about the history…
daniel - in february of 2015, my life had gotten to a really dark place. i basically felt there was no hope left and had no idea what to do with myself, so i took a train cross-country and figured things would either work themselves out or they wouldn’t. during the trip and in the time that followed in california, i wrote three songs that would become the first few Meviu§ tracks. i tried mixing them myself, but the sound was really different from what i had been working on with Dialogue from a Silent Film, so it wasn’t coming out quite right. i decided to hit up richey, who i had met quite some time before (first when The Vicious Guns played at an old job of mine, and later we reconnected at a Jennie Vee show) since we had thrown around the idea of working on music together at some point. The mixes sounded great and then we decided to see what would happen if we started doing shows.

Q: Who are your influences?
daniel - there’s a huge influence of witch house, trap, synth pop, early emo, j-pop, and shoegaze. it doesn’t sound like it should make sense, but somehow it does

Q. Make a list of 5 albuns of all time…
daniel - lately i’ve been really into “JEFFERY” by Young Thug,
“Script of the Bridge” by The Chameleons has always been important to me,
“PRISM” by Katy Perry is a favorite of mine,
“Isn’t Anything” by My Bloody Valentine is just an essential, and the last one… oh man… who knows… “Floral Shoppe” by Macintosh Plus?


Q. How do you feel playing live?
daniel - playing live without a guitar or bass in my hands is bizarre. it gives me freedom to move and stuff, which is cool. it’s fun doing percussion and really minimal keyboard work. maybe i should start working on some para-para routines or something. except, like, definitely not. richey - Somewhere between Christ-like and crippled by fear.

Q. How do you describe Meviu§ sounds?
richey - Crystal Castles with guitars and too much chorus/delay/reverb.

Q: Tell us about the process of recording the songs ?
daniel - i program the drum loops and synth parts on my laptop from whatever tour bus/ train/ airplane bathroom/ guest room/ hotel i’m at whenever the idea strikes and text the lyrics to myself. richey works on the mix and writes the guitar parts and i either record the vocals on my own, or we hang out when we get the chance and record some vocals in between the swapping of stories and photos of whatever our latest adventures have been.

Q. Which new bands do you recommend?
daniel - i will always unquestionably love Tennis System. I also highly recommend Bunny X, who are the most fun and adorable synth pop duo ever. Lexa Terrestrial is a great rapper from Pittsburgh as well as a great friend of mine for years. CULTTASTIC opened for us at the first-ever Meviu§ show and is an incredible producer, writer, vocalist, and more. i’ve been having fun producing a record for hex.sys, and i love playing guitar for Death Valley High. i know there’s more. i’m sorry if i left anyone out!

Q: Which band would you love to made a cover version of?
daniel - we’ve actually been working on a few covers, including our first video - a cover of “Shiver” by Lucy Rose. the other ones for the future are secret… for now. also they may or may not all by real bands. you’ll see what i mean.