Strawberry Creme with Swain - An Interview 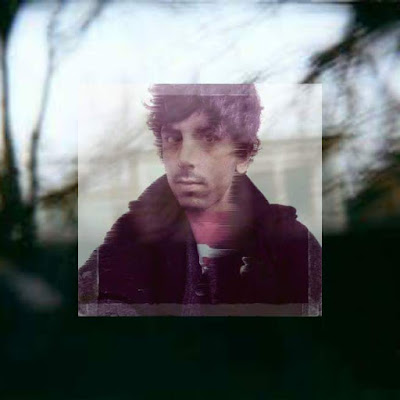 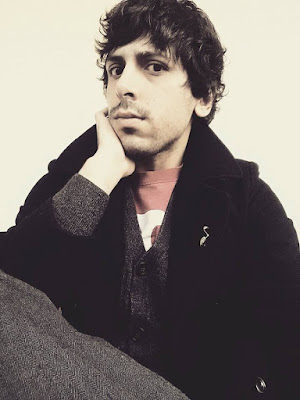 Q. When did Swain start? Tell us about the history...
1. I've always wanted to make a guitar focused album, but up to now had been working with synthesizers and electronic sounds.

Over this last December I was listening to a lot of Big Star and Mark Kozelek and I felt an inspiration that led to the making of song after song. I initially wanted to make an EP but it very quickly ballooned to an album.

My best friend suggested the name "Swain" for the project, and I liked it. It encapsulated the sound I feel these tracks reflect, open, airy, romantic. That's the story up to now.

Q: Who are your influences?
2. My first favorite band was the Cure. I remember buying "Staring at the Sea" when I was 10 and listening to Robert wail for hours a day.

Q. Make a list of 5 albuns of all time…
I love so many bands and types of music, my favorites include the Cocteau Twins, Red House Painters, Dead Can Dance, Big Star, David Bowie, Graham Parsons, the Sundays... There are too many to say and I'd kick myself for missing one of my favorites, so I'll keep the list short. Oh! 4AD records, I love all their golden age releases.

Q. How do you feel playing live?
4. I never set off with Swain to do anything live. It is my studio project and I've taken a very Brian Wilson stance on playing for now. However, as more and more people listen I feel I may have to change my stance. I just didn't think anyone would really care initially... So yeah, some live performances may be in the cards very very soon.

Q. How do you describe Swain sounds?
5. The album is a bit wistful and reflective, especially as it goes on. There is an element of dream pop I suppose, though its far from orthodox. Its a bit of an homage, stylistically, to the acoustic style of 70s and 90s singer songwriter types, though that label makes me cringe. Very laid back, relaxed but not exactly content. I feel there's an element of wanting to step back to step ahead in these tracks.


Q: Tell us about the process of recording the songs ?
6. I record using a simple Snow Ball Microphone. Usually I just get the main guitar riff, splice it and loop it as opposed to playing the whole way through. Its an approach that I'm sure is born from all my synth noodling. I'm sure guitar playing musician would find such approach heresy but it is mine.

Next come drum tracks, which I program. I don't feel the music warrants anything complicated so I just use some light high hat and snare, maybe a kick drum. Its the vocals that are hard, as I'm never satisfied by my voice.

Q. Which new bands do you recommend?
7. Cigarettes After Sex. Best new release I've heard in ages. I'm sure that there are many that rival it by unsigned and unknown bands however.

Q: Which band would you love to made a cover version of?
8. ABBA, seriously. The song "My Love My Life," is magnificent and heartbreakingly beautiful.

Q: What are your plans for the future?
9. My plans are just to record more, get the music out to people who would love it as well as hate it, walk my dog.

Q: Any parting words?
10. Thank you for having me. Parting words, I'm not very profound. Just smile when you can, cry when you must, and let music help you get through all the good times and bad.
*
*
*
Thanks