Sussex with Disco Volante - An Interview 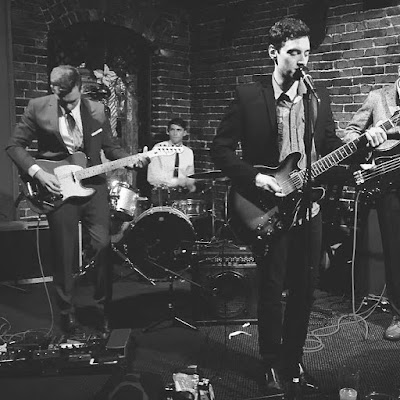 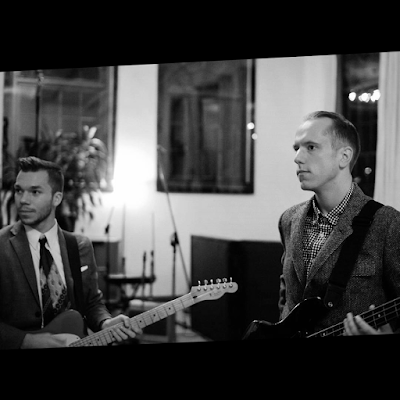 Q. When did Disco Volante start? Tell us about the history...
Joel: Thomas and I met while studying at Portland State University in 2011. We shared common tastes in music and decided to get a band going. We got together to jam a few times and I was pretty ecstatic about his Ludwig jazz kit from the mid 1950’s. I’m a sucker for vintage gear. For a while, it was just us two and we co-wrote songs in a Lennon/McCartney fashion. Our sound really started to develop once Jordan came aboard and Jayme followed soon after.

Thomas: We spent a lot of time finding our sound, working on our writing, and generally being patient until the right people came around. Jordan joined us on bass when he came home from college in 2014. He clearly understood the sound and had all the right instincts for writing parts.

Jordan: I had jammed with Joel many times before and he invited me to join when I moved back to Portland. I didn’t have a bass so we bought this cheap Hofner viola bass knockoff that we lovingly named ‘Paul’. I knew Jayme from Oregon State University and he had already recorded his own music projects that we were all impressed by. He joined us for a practice and we all just synced really well. Everything fell into place.

Jayme: That was essentially the birth of Disco Volante back in 2014. We gigged sparingly and mostly invested our time composing in our rehearsal studio. Ben joined us on keyboards earlier this year and has added a lot of depth to our sound.

Q: Who are your influences?
Thomas: Bryan Devendorf, of The National. I’ve listened to them since I was very young. Once Joel and I started writing songs that more resembled post-punk (the obvious influences being Interpol, Joy Division, The Strokes, etc), I naturally tended towards a more linear drum style. The National have also been a heavy personal influence on my songwriting and lyrical style.

Q. Make a list of 5 albums of all time…
Jordan: This is obviously one of the most difficult questions out there, but these are 5 albums that we all agree have influenced each of us and the music we create.

Q. How do you feel playing live?
Thomas: I want more of it. Luckily, I don’t get nervous. I enjoy the pressure and the attention. There’s an addictive quality to it.


Q. How do you describe Disco Volante sounds?
Joel: Our sound is tight and uniform. We’re not an improvisational jam type of band. We perform our music the way it was composed and a song will sound the same live as it does when we record it in the studio. I think one of the more attractive qualities of our music is the relationships between each instrument. I’ve always really liked the versatility of twin guitar parts. In Matador, Jayme and I play these descending and ascending melodies that create an impression of distance but is unified by the bass and percussion.

Q: Tell us about the process of recording the songs?
Thomas: We connected with producer, Jordan Richter online and teamed up for a live, session-style recording. We spent one full day in the Hallowed Halls main studio. It was a massive hall in a beautiful old building in NE Portland. We were told most bands record no more than two or three songs a day. Foolishly, but successfully, we recorded all eight in a very demanding and exhausting 10 hours.

Ben: It was challenging but educational.

Jayme: The Hallowed Halls have an amazing natural reverb that meshes with our sound so well. Jordan Richter helped us get a lot done in a short amount of time while being patient, knowledgeable, and helpful along with making the process as smooth and stress-free as possible.

Thomas: Another full day was spent at Richter’s personal studio, Room 13, for vocals and piano overdubs. Richter had access to a chapel with a grand piano, so we were able to match the acoustics of the previous day. Richter did a one-day rough mix for us, and that was that.

Q. Which new bands do you recommend?
Thomas: We’ve all recently been on a big Future Islands binge, but they’ve already hit the big time. We just played a show with Starover Blue and they were awesome!

Joel: I have a friend who is the drummer of this Costa Rican band, Los Waldners. They’re pretty rad.

Jayme: The And And And.

Q: Which band would you love to make a cover version of?
Jordan: At work a few weeks ago, I heard the band Cake do a cover of Black Sabbath’s War Pigs. After that I made everyone promise that we’d never do a cover.

Joel: I can’t really picture us doing a cover anytime soon. I mean, it can be done well. The National just recently assembled this really fantastic Grateful Dead tribute.

Thomas: We generally don’t have an interest in covers, but I would really like to play some Depeche Mode inspired gothic synth pop.

Q: What are your plans for the future?
Thomas: Our focus has redoubled since releasing our demo. We’ve received an unexpected amount of positive feedback, as well as helpful criticism. The last few months have been spent refining the eight songs we knew we wanted to record. I think the next few months will be spent completing the half-dozen we didn’t. My goals right now are to write and play as much as possible and to connect with more local bands.

Q: Any parting words?
Ben: From what I gather, the beautiful culture of Brazil rivals its breathtaking flora and fauna. I hope we get the chance to visit some day soon.
*
*
*
Thanks