Den Mothers with Purepleaser - An Interview 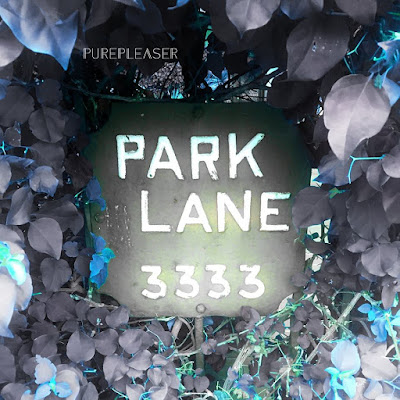 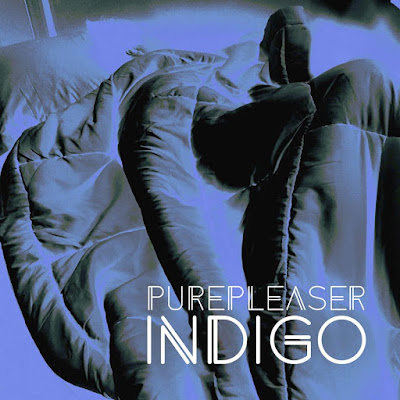 Q. When did Purepleaser start? Tell us about the history
… Purepleaser is me so, “when I was born?” seems a lil’ cheeky as a response; though on a headier level, sure. Purepleaser started when I lived in Brasil and taught myself how to play guitar. I was a drummer and a “ singer” but had so much going on in my brain in terms of musical ideas and hearing things that had yet to be created; sounds, soundscapes, etc. I began learning guitar on a classical guitar that meu irmao Brasileiro had; lots of Legiao Urbana, the Smiths, the Wedding Present, and lots of other English bands. Purepleaser officially began in 2001 when I found myself in California (I’m originally from Pennsylvania) and hadn’t anyone to collaborate with. I bought myself a digital 4-track and started “laying down” all of the music I had rattling in my brain at the time. I submitted and was subsequently featured on a Velvet Blue Records Unsigned Band compilation with an original track called , “Ladykiller”. (https://velvetbluemusic.com/shop/various-artists-unsigned-band-compilation-4-strength-in-numbers/)

Q: Who are your influences?
…My influences are fairly eclectic, ranging from hip hop, trip hop, shoegaze, punk, madchester, mostly English bands but artists that stand out are David Bowie, the Beatles, Legiao Urbana, De La Soul, Pink Floyd, Nenhum de Nos, the Smiths, the Wedding Present, Prince, Stone Roses, Chapterhouse, Psychedelic Furs, A Tribe Called Quest, the Cure & Cocteau Twins. Though, I must admit, as a child growing up in semi-rural Pennsylvania, at that time, my parents were getting into contemporary country rock and I absolutely hated it. Driving in the car with them was a nightmare. Once I was able to assert myself a bit more I would ask to change the radio station. Ultimately, we could all agree on the “oldies” station. So, the likes of “Doo-wop” and early 60’s rock had a profound impact on me.

Q. Make a list of 5 albuns of all time
… Pelo amor de deus! Detesto essa pergunta! If I have to pick only 5 albums then:
Purple Rain - Prince & the Revolution,
Abbey Road- the Beatles,
Combat Rock - the Clash,
Seamonsters- the Wedding Present,
Heaven or Las Vegas - Cocteau Twins.

(I grew up in a time of cassettes. So, it was very common to have two albums on one cassette; hence a list comprised of ten albums.)

Q. How do you feel playing live?
...I love playing live; very visceral reciprocal experience. I enjoy shifting/altering the environment and wrapping people up in soundscapes, imagery, and feeling. I used to get nervous. There was a show where I was now the “lead” guitarist or whatever for my friends “Sandra Black” (used to play drums) (https://sandrablack.bandcamp.com) where my hands were shaking so bad that all of my quarter notes became eighth notes. But prior to playing live, I remind myself that people, myself included, get really weirded out and uncomfortable when people sing to them solely in a crowd of people. So, I tend to shine and blast faces. I’ve never really been into the whole rock & roll swagger, stuff your spandex with socks, type of approach. I’ve always much preferred the stylings of Bowie, Robert Smith, & Bjork: cute, playful, yet intense.


Q. How do you describe Purepleaser sounds?
...I don’t ever. That’s me being absolutely blunt about it. I only concern myself with creating Purepleaser sounds not describing them/it. I leave it to the listener. I can honestly say that I’m writing music for me. Any notion that I’m pandering can jog on.

Q: Tell us about the process of recording the songs ?
...Have you ever been on the dole or not able to grocery shop but hunger prevails so you head to your kitchen and use whatever you have available? That’s my process. This process also includes the eating and digesting of whatever was created in a bare bones pantry. I record everything from home. Modern technology is brilliant! 25 years ago, I had to work and save for what seemed like forever to get a 4 hour block of time in the studio; only to deal with a studio engineer that was running on 4 hours of sleep, hated you because he loved to hate stuff, and would take 20 minutes correcting an error that he made. Now, I wake up and glide over to my other lover; my computer. I love my computer. I play everything so it’s a lengthy process of adding, stripping, adding, stripping, etc. If there’s ever something that I want but am at a loss on how to achieve it, I’ll ask one of my besties, NIck, to write and record something.

Q. Which new bands do you recommend?
...Not sure how “new” these bands/artists are but the Veils, Shlohmo, Giraffage, Hospitality, Working for a Nuclear Free City, Hot Sugar, Clams Casino, Ela, Unholy Other, XXYYXX, Ex-Cops, and he’s a friend of mine but he goes by “Good Sport” (https://goodsport.bandcamp.com/album/still-friends) I really dig what he creates.

Q: Which band would you love to made a cover version of?
...I’m very keen on making covers. 2016 saw me release 4 singles all with cover versions. One of these days I’ll have the yarbles to cover Prince’s “The Beautiful Ones"

Q: What are your plans for the future?
...Continue being a conduit, continue finding happiness & balance, and write an album that makes it on someone’s “5 albums of all time” list.