Supermax with Charlatan - An Interview 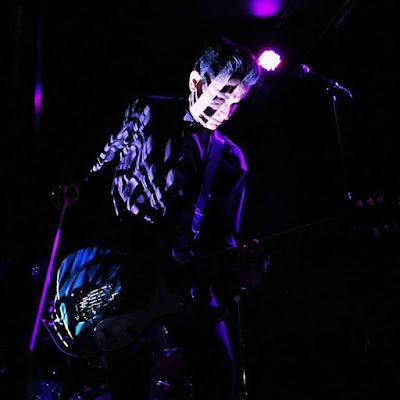 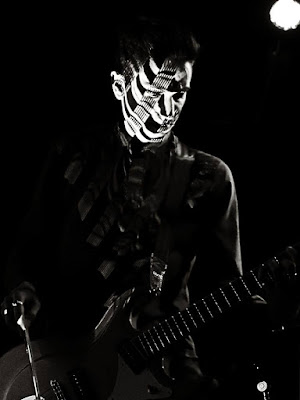 Q: Hello Omar, first congratulations on the new album, it's really brilliant, what is your analysis after conclusion of Supermax? Are you happy with the result?
A: Thanks Renato. It's good to finally have it done and ready to share. It's been a long process - almost all of 2015 was spent working on it. I'm quite satisfied with the results, and while Supermax was very much an album that was pushed into uncharted territory, I'm pleasantly surprised with its conclusion. It definitely evolved in a way that I could not have predicted at the beginning of recording.

Q: How was the process of creating the new album?
A: This entire album was more of a home-cooked experiment than a typical release would have been. Everything was recorded in my living room, my bedroom, and after hours at my place of work. I tracked and recorded everything by myself. It was a very tedious process, everything took far longer than I had imagined, but it opened up a lot of avenues for exploring sounds that wouldn't have been afforded by the time constraints of renting out a studio.

After extensive listening to and compiling tracks, I sent everything over to Chris Harris of Hook Echo Sound, who is in a great dark shoegaze band called 'Depth & Current'. He recently moved to Seattle from Oklahoma and has set up a home studio. He spent a lot of time mixing and mastering Supermax with me, bouncing ideas back and forth, primarily because yet again, I wanted to experiment almost endlessly with this album. From start to finish, it's been a really amorphous process which has allowed me to get creative in ways I haven't before.

Q: What are the main differences between Supermax and first album?
A: The self-titled album was a very cut and dry process, which certainly had its own merits too. I had a plan going into the studio and cranked the songs out. I still overshot the original allotted studio time, but not by much. Plenty of experimentation occurred, but decisions were made quickly and the engineer and I moved on to the next task. Everything was concise and I am very pleased with that record.

However, with Supermax, I feel like I have pushed the envelope into a distant realm of sounds that I hadn't before. Not only because of the radically different recording approach, but also because of my evolution as a songwriter and musician since the first album. This is also the first album I have released since moving to Seattle, which certainly has influenced me through the musical community I immerse myself in.


Q: What were the influences for creating Supermax?
A: As far as lyrical content and inspiration goes, the album is a reflection of my recent personal struggles as well as my political ones, where both are often intertwined. The current state of affairs of the world, especially in the United States, are hard to ignore, and have affected me greatly. I'm very passionate about my criticisms of institutions such as capitalism, imperialism, hierarchy, distribution of power and wealth, etc. - there's no doubt that these attitudes will find their way into my music, and much of this album came from restraining none of that.

The title itself comes from the term used for high-capacity prisons, as the prison industry is powerfully entrenched in the United States. The album is largely a reflection of my attempts to contain and handle hardship, often tied to systematic issues.

Much of Supermax is also a personal chronicle as well as a rebellion; some of it is simply about my struggles against my own self. Just as the creation of the album was down a path I've never traveled before, so was the expression I imbued into these songs. I think sonically, I often draw a lot from the bleak and dark elements of post-punk from the late 70s and early 80s, framing my music with the angular, noisy, stark, and dystopian sounds from that era, while balancing it with newer technology and inspiration.

Q: What are your plans for 2016?
A: Now that I have established myself somewhat in Seattle, I'm looking to plan some bigger shows and perhaps even a regional tour. Who knows, I'd like to tour my way to Chicago and back too, but we shall see if that's do-able. My friends in the Chicago-based label and publication, Midwest Action, are making the cassettes for this release and I'd love to put a show on with them some time.

International tours would be even better, but that seems a bit far-fetched at the moment. It's something I'd love to take on if the opportunity arises, though. I may even be looking to add another musician to Charlatan - it could be interesting. Whatever happens, I foresee 2016 as a critical year for this project - it will either take it places or break it. Either way, I'm excited to see where it goes.