I Draw the Line with SIANspheric - An Interview 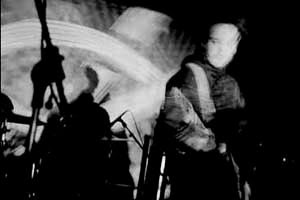 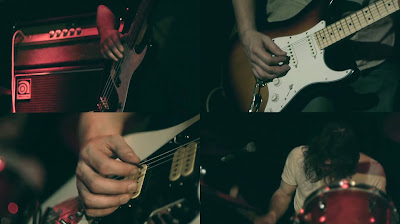 Q. When did SIANspheric start? Tell us about the history...
The band started in 1994, ¾ of the original lineup had been playing together since around 1992 or so in a band called Gleet a band that I was also a member of at one point in time. The current lineup of the band goes back about 6 years now. I’ve been close friends with the band from the start (I also played some synth on the band’s second album ‘There’s Always Someplace You’d Rather Be’) the band was looking for a new rehearsal space and I offered mine up but there was only one key so I had to let them in every time they came to rehearse which slowly led to me sticking around for jams and playing guitar and synths.

Q: Who are your influences?
The band has worked its way through several phases over the years so the collective influences tend to change as time passes. Verve, Swervedriver, Medicine, Acetone, Mazzy Star, Slowdive have all been in there at different times. I feel like we currently have our only little space we inhabit where working on the sound of the band is the influence in of itself.

Q. How do you feel playing live?
That’s tough to pinpoint exactly, playing live is my favorite part of being a musician I still always get nervous/excited. We don’t play that many shows, SIANspheric can be a bit of a rollercoaster live so there’s different feel every time.

Q. How do you describe SIANspheric sounds?
I’ll leave that up to you. I don’t like to tell people how they should be interpreting my art.


Q: Tell us about the process of recording the songs?
The songs were recorded as part of the sessions for our upcoming lp most of which was recorded live off the floor over a series of sessions last winter than deconstructed in mixing last Summer. It was really two entirely different distinct phases which I think really helped the songs come out into new ways for the finished project. Everything was recorded and mixed at Boxcar Studios here in Hamilton, Ontario. It’s a great chill space with a huge live room that really gave us the opportunity to work our way through a lot of ideas.

Q. Which new bands do you recommended?
You’re probably way more in touch with new bands than I am.

Another band I play in has a show coming up with a couple of great new bands from Winnipeg:
Black Cloud - https://www.youtube.com/watch?v=9JVG_frXveA
Basic Nature - https://dubditchpicnic.bandcamp.com/album/circles-and-lines

I also loved the last We Need Secrets record and Ringo Deathstarr are pretty much the best band (nothing ‘new’ about them really but hey!).

Oh and local pals Eschaton https://havnrecords.bandcamp.com/album/--4 and Earth Wind and Choir https://earthwindandchoir.bandcamp.com/ both appear on our upcoming record.

Q: Which band would you love to made a cover version of?
I would love to cover all of Talk Talk’s Spirit of Eden but there’s no way to properly do that record justice so it will remain a dream.

Q: What are your plans for the future? Q: Any parting words?
We have a new record coming out in 2016 as well as a long overdue first ever LP pressing of Somnium, both are due in the early Summer and we’ll be touring around that time. If anyone wants us to come to their town, get in touch.
*
*
*
Thanks