Particle with Coloured Clocks - An Interview 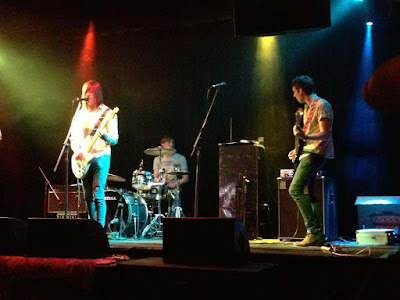 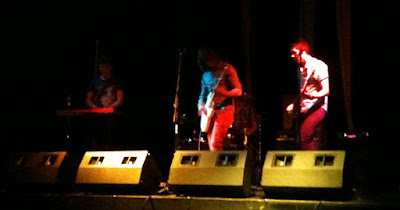 Q. When did Coloured Clocks start? Tell us about the history...
A: Coloured Clocks began at the very end of 2010. I’d been recording music with friends up until then; all of us had different work rates and interest levels. Around that time I decided to do some stuff on my own and see what happened.

Q: Who are your influences? Q. Make a list of 5 albuns of all time…
A: My influences are a bit of old and new. Primarily I listened to The Beatles , Pink Floyd, Beach Boys, Genesis, Queen as a kid. Modern stuff would be Tame Impala, Animal Collective, Toro Y Moi. It’s hard to say only five. But some important ones for me would be Pink Floyd – Division Bell, Tame Impala – Lonerism, Van Morrison – Beautiful Vision, Radiohead – In Rainbows, The Beatles – Abbey Road, Bee Gees – 1st, Queen – Made In Heaven, Genesis – Duke

Q. How do you feel playing live?
A: Yeah, it's very different to the studio, playing live is good fun.  Have been busy recently but will soon be playing many more live shows.

Q. How do you describe Cloured Clocks sounds?
A: I like to think of Coloured Clocks as some sort of psychedelic atmospheric catchy pop with the odd experiment.


Q: Tell us about the process of recording the songs ?
A: I don’t necessarily follow a certain process; lately I’ve been starting my new tracks with synth parts. I record all the drums for the album in one day because I don’t have a drum kit and have to borrow things, then I probably do bass and guitars next and then vocals. It’s not always in that order. For the new stuff it seems like I’ll be doing vocals before guitars.

Q. Which new bands do you recommend?
A: I recommend Wesley Fuller as a new act. We were lucky enough to have Wes on drums for us during live shows for a little while.

Q: Which band would you love to made a cover version of?
A: I’ve always wanted to do a cover of Put Yourself In My Place by Kylie Minogue. That is a brilliant pop song. I would also be tempted to do Frozen by Madonna or Modern Love by David Bowie.

Q: What are your plans for the future?
A: The plan for the future is to get these songs played to some live audiences. I have already began recording the next batch of songs, which are well on the way to getting fully completed. I would say they have a more direct upbeat kind of vibe about them.
*
*
*
Thanks