A New Nature with Esben and The Witch - An Interview 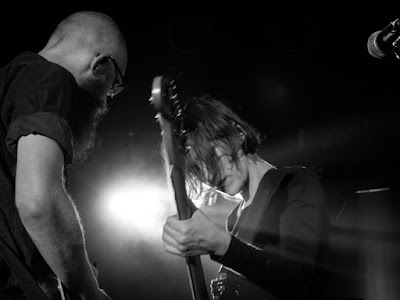 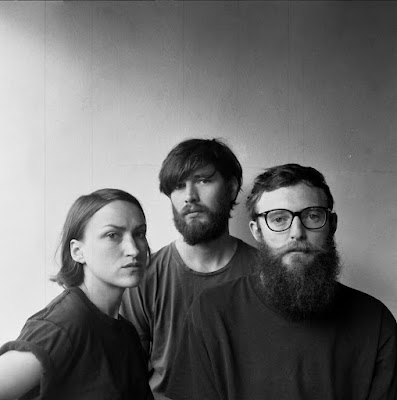 Q. When did Esben and The Witch start? Tell us about the history...
Esben began almost 8 years ago in Brighton, a beach town on the South coast of England. Thomas and Daniel had started making music together and were hunting for a vocalist. Thomas and I were old acquaintances and so I said I'd give singing a go. We all shared a love of Godspeed You! Black Emperor and Daniel had a fine library. Things tumbled on from there really.

We spent our early days holed up in a dark red rehearsal room away from the hubbub and right by the ocean. Fond memories. It's strange to think that was so long ago. Now, here we all are in Berlin. From the sea to the city.

Q: Who are your influences?
So many things influence us as a band and as individuals. Rather than other musicians, it tends to be literature and nature that I find the most inspiring. We're certainly influenced by things we read, be it poetry, strange tales from history or beautiful things we've been lucky enough to witness on our travels. From the giant pines in Oregon, to the turquoise lakes of Switzerland and the vast, lonely deserts that lie between.

Q. How do you feel playing live?
It can feel totally transcendental. Pure catharsis. I like shows to be physical as well as emotional. The hotter, the sweatier, the more intense the better. When there's a moment where those two elements are combined and I feel a shared energy with both Daniel and Thomas and the audience, it's just incredible... euphoric almost. A powerful feeling, indeed.

Q. How do you describe Esben and The Witch sounds?
Experimental, heavy atmospheric rock with a ear for melody and penchant for terror/beauty.


Q: Tell us about the process of recording the songs?
It changes with each record. From Daniel's bedroom to Electrical Audio in Chicago. With our last album, we practised like crazy before we went in to the studio so that we could play the songs live, together and capture a certain energy. To translate the live sound to the record. It all depends on what kind of record we're wanting to make at that time and to see which way of recording is going to yield the best results. With 'A New Nature' we wanted it to to be stripped back, raw, earthy. Recording the songs as live as they could be felt the best way to achieve this.

Q. Which new bands do you recommend?
I'm a little behind on what's deemed 'new' but I can tell you about some of my recent discoveries. I've been listening to the new 'Wrekmeister Harmonies' record 'Night Of Your Ascension' a lot and really love it. He's crafted an entire journey. From the choral, pastoral beauty of the first segment to the heavy, metal drones and screams of the finale. Epic.

Also, the contemporary pianist 'Lubomyr Melnyk' from Ukraine who has recently released a record on 'Erased Tapes'. Just incredible. Oh and not forgetting 'Ragana'. A fearsome duo from California who make doom-laden, punk tinged atmospheric metal. My new favourite band.

Q: Which bands would you love to make a cover version of?
We've just released an acoustic EP 'We Melted The Wax, Now We Can See' and have included on it our cover of Black Sabbath's 'Planet Caravan'. It's been a tour van staple for many years now, driving through the desert at night, under starry skies. We thought we'd pay tribute.

Q: What are the plans for the future?
We moved to Berlin almost a year ago now and after recording an acoustic EP we're now busy forging the next full record. This time around we've found ourselves on the 6th floor of a tower block in the East. Surrounded by trains and not much else. We'll have to see what noises come out of our time there and then unleash them into the world.