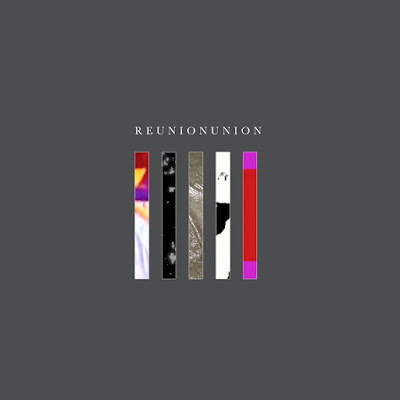 
Q: Who are your influences?
I (Adam) an influenced by life, love and truth- I also am influenced massively by the 90's shoegaze scene and Britpop scene. Also the post punk scene. But basically every record in my collection is an active influence from the Bay City Rollers through The Warlocks!

(Patrick)Too many to mention, but off the top of my head, Bowie, Neil Young, Sparklehorse, Aphex twin, NIN, Radiohead, Sigur ros, Mogwai, New Order, The cure, The Pixies, The Ramones, The Stooges, The velvet Underground

Q. Make a list of 5 albuns of all time…
In no particular order...
1. Unknown Pleasures by Joy Division
2. Disintegration by The Cure
3. Automatic by The Jesus and Mary Chain
4. Lazer Guided Melodies by Spiritualized
4. Technique by New Order

(Patrick)
Again in no particular and could very possibly be different tomorrow
1. Low by David Bowie
2. Doolittle by the Pixies
3. VivadixieSubmarinetransmissionplot by Sparklehorse
4. The Bends by Radiohead
5. Agaetis Byrjun by Sigur Ros

Q. How do you feel playing live?
I'd love to do it. I can't wait for it to happen. Right now we're separated by half of the USA and we'd have to build out a full band, but I'm excited to hear the live version of Reunionunion.

Yeah I’m excited about the prospect of playing this stuff live. It would be cool to play this stuff REALLY LOUD


Q. How do you describe Reunionunion sounds?
That's a hard one-it's organic collaboration at its best. I guess if you're looking for genre identity maybe a mix of psychedelic rock/pop, dream pop, shoegaze, post-rock. It sounds like truth.

The songs developed the way they did without any real specific sound in mind, so they kind of cover a bunch of different genres. It was never a case of us trying to please more people by playing as many different styles as we could think of. Each song just came together on it’s own without any larger plan in mind. Its a jigsaw that fits together even though all the pieces belong to different puzzles

Q: Tell us about the process of recording the songs ?
I (Adam) would record partial songs or what we've been calling blueprints in St. Louis and then send them to Patrick in New York and he would remix/re-edit/re-structure and reimagine the tracks. He'd send me homework, I'd redo vocals, we'd send lyric ideas back and forth and really the end product is Patrick clarifying an original feeling or emotional context that I was trying to express.
Q. Which new bands do you recommend?
Bands I really like now- I don't know how new they all are, but... Protomartyr, Ringo Deathstarr, The Big Pink, Moon Duo, Novella also Vietcong.

Not sure what qualifies as new anymore. Bands that have one album or less, or bands that have been around for ages but just not many people know about them. I’ll Just list a few bands I like at the moment that are a little under the radar (at least I think they are?) Big Black Delta, Timber Timbre, 65 Days of Static,

Q: Which band would you love to made a cover version of?
I don't really think about doing cover songs..... But tunes I might consider Perfect Day by Lou Reed, She Bangs The Drums by The Stone Roses, Head On by The Jesus and Mary Chain…

I like the idea of covering something stylistically different to what you do yourself, and I’m always interested in covering any number of Roy Orbison songs, but only if you can do them justice.

Q: What are your plans for the future?
Really looking forward to getting the album out so everyone can hear it. Trying to line up assistance for getting actual copies made, vinyl, cd, cassettes. Also working on the next album. I've already sent Patrick 9 tracks to work on for album number 2!

Getting this album out to as many people as we can. Working on the next record. Working on my own record. Keep learning, improving and developing in every aspect of music.

Q: Any parting words?
I (Adam) hope people like what we've done. It's a departure from both of our musical pasts which is very exciting. It's a fun record as I feel like it crosses genres and is difficult to pigeonhole which makes me really happy.

I agree with everything Adam said. I really wanted us to make a short pop/punk record that people will be excited by and enjoy listening to. I hope people can connect to the record in some way and that we will continue to make music well into the future.
*
*
*
Thanks