Sense of Time with Life As Art 1927 - An Interview 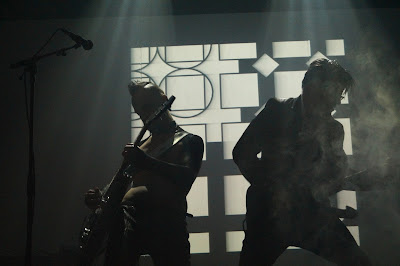 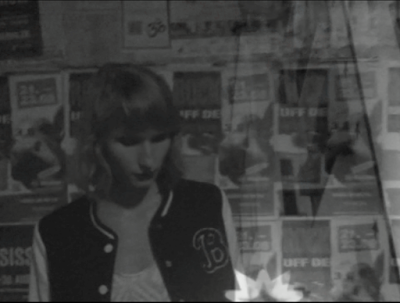 Q. When did Life As Art 1927 start? Tell us about the history...
We (Almar and Marc) are originally from The Netherlands and have been creating music together in other bands. For a project, we wrote and recorded an EP to coincide with an art-exhibition of Marc. This became 'The Black Opaque EP' and was released on a limited edition vinyl with another special edition of 100 with handmade silkscreens. After this, Almar began to work on songs that were a bit more melodic and dreamy and needed female vocals. Based in Berlin we found Ariana to join the band and we recorded our second EP 'Around and Away'. Marc shot a sweet video for the title track: a catchy summer tune with loads of guitars... That video got many positive reviews. Now there is the new EP 'Sense of Time', which we just released on bandcamp, https://lifeasart1927.bandcamp.com/

And there's also a new video for the track 'Black Day'. https://www.youtube.com/watch?v=ibruFn_G08M It has become somewhat more gloomy actually.

Q: Who are your influences?
There are many artists that inspire us such as Killing Joke, Levitation, Lush.

Guitarnoise pop. But we are also influenced by the city of Berlin where we live now and the rural places where we came from originally. Influenced by urban life, technology and nature. Also (old) movies, soundtracks and visual culture inspires us.

So life and art basically!

On a more philosophical level: our own tiny existence with a consciousness in an endless galaxy. Culture and its paradox. The millions of humans in the metropole cities with the sun and the moon, alone in the distance, watching over the planet... something like this.

Q. Make a list of 5 albums of all time…
Ariana: What a relentless task! To set limits, I concentrated on newer albums:
Lana Del Rey - Paradise,
Other Lives - Tamer Animals,
Andrew Bird - Armchair Apocrypha,
My Brightest Diamond - All Things Will Unwind,
Warpaint - The Fool.

Q. How do you feel playing live?
Feels good! We did a few shows in support of our first EP. After that we needed time to write more songs with Ariana. We are very much looking forward to playing these songs live and loud anytime soon.


Q. How do you describe Life As Art 1927 sounds?
Like Phil Spector's wall of guitar-sounds in a dark and twisted David Lynch movie at a 3D Cinema on the moon.

Q: Tell us about the process of recording the songs ?
Recording the songs is easy as we have our own Dark Stream Studio at our disposal whenever we want to. Because we do it ourselves, we feel no pressure from engineers or producers that want to mold our music into something that wouldn't satisfy us. We like raw and honest recordings that offer new layers every time you play the song. Sometimes we use help of other musicians like on the new 'Sense of Time EP'.

Q. Which new bands do you recommend?
We like The Chromatics and The Raveonettes, but they've been around for a couple of years. Also the last album from No Joy was quite good. Ariana listens a lot to female singer-songwriters such as FKA twigs or BANKS.

Q: Which band would you love to made a cover version of?
Well, there are some that would come to mind. 'Where the wild roses grow' from Cave and Minogue for example. But it is always difficult to make a song of somebody else sound like your own. On our 'Around and Away EP', we did a cover version of 'For Her Light' by Fields of the Nephilim and we also shot a video for it. (https://www.youtube.com/watch?v=jYUbCBQ0SI0)

If we do a cover ever again we rather do something off-the-beaten-track like Dusty Springfield or Dinah Washington. 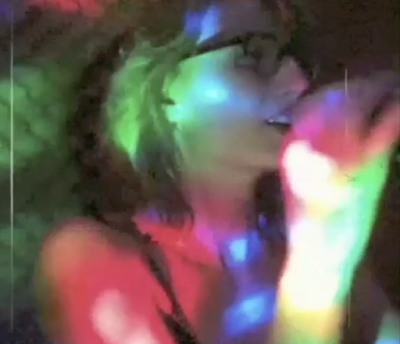 Q: What are your plans for the future?
We will release a full album on vinyl, shoot new videos, have fun and play live! Hopefully on a tour in South America :-)

Q: Any parting words?
Thank you very much for the interview. Check out our EP's on lifeasart1927.bandcamp.com visit our Facebook pagehttps://www.facebook.com/lifeasart1927 and follow us on Instagram.
*
*
*
Thanks