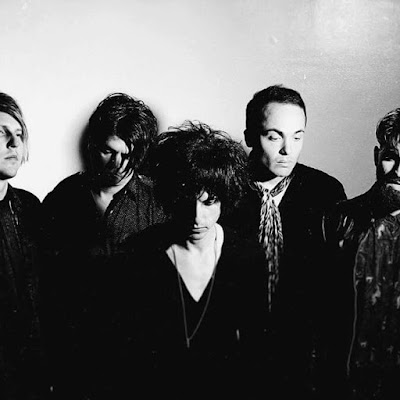 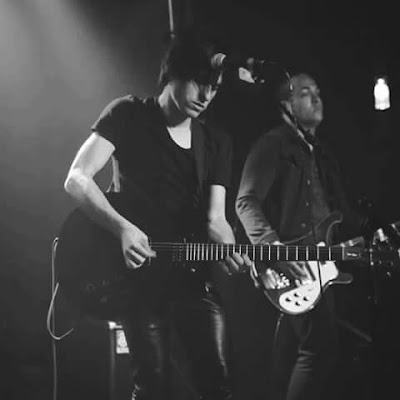 1.) When did Night Nail start? Tell us about the history...
Night Nail began sometime in 2011 as a response to a murderously, mundane music scene in LA in order to strike at the heart of alternative-indie rock that was firmly set on killing itself with the archaic, psychedelic sound. From the neo, post-punk aesthetic, we came together in revolt. We were not afraid of loud guitars nor experimental keyboards, when we first began fashioning this crudely, punk sound combined with a classic, songwriting approach.

2.) Who are your influences?
All we think about is Night Nail, Night Nail, Night Nail! But, when we do listen to music in the tour van, it is the likes of artists such as HTRK, Sad Lovers and Giants, And Also the Trees, Roxy Music, She Past Away, Kate Bush, Johhny Marr, Crass, Rites of Spring, Siouxsie, Skinny Puppy, Be Forest, Christian Death, Blonde Redhead, Tones on Tail..

3.) Make a list of 5 albums of all time…
The Cure – Pornography
Crass – Stations of the Crass
Suicide – A Way of Life
Miles Davis – Bitches Brew
Comsat Angels - Fiction

4.) How do you feel playing live?
Better than LSD laced with dilaudid, playing live is the capital expression of autonomy, revolt, and class struggle. A good live band will break walls of egos, pretentions, cliques, and barriers to reduce a crowd to equal beings, comrades, and brothers and sisters.

5.) How do you describe Night Nail sounds?
Anxious, brazen, cold, experimental, and self-effacing.


6.) Tell us about the process of recording the songs?
Brandon will come up with guitar parts and some vocals. Then, we try to piece it together live in the studio. Parts sometimes go missing, mysteriously. Other times, we get lucky and the song is just really good!

8.) Which band would you love to made a cover version of?
We don’t do covers. We have too many ideas and songs our own.

9.) What are your plans for the future?
We are beginning to record the new album titled, “Hide Nothing.” We’ll be recording for the next couple months in two different studios in Berlin, Germany and in Los Angeles, California. We have two new songs being released later this year on two separate compilations; Cleopatra Records (LA) and Lovecraft Records (Portland). We will be playing a few shows in LA this summer as well as touring the US/Europe in the fall.