A Place Of Long Years with The Union Trade - An Inrview 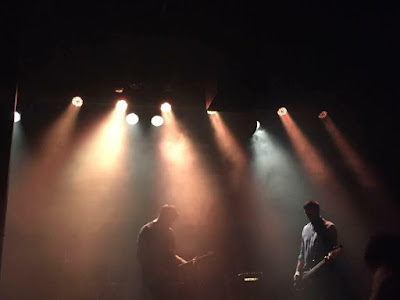 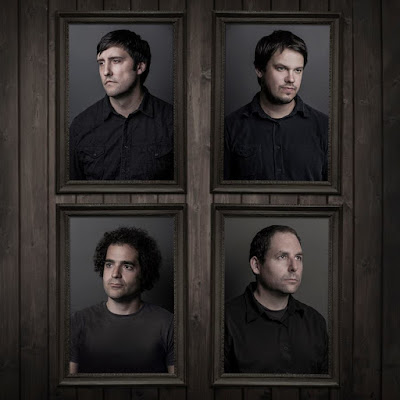 Q: When did The Union Trade start? Tell us about the history…
We got together in 2006 in San Francisco through Criagslist. Don, Eric and Nate are the current founding members. Don and I were the first to meet when we founded a short-lived instrumental band called Andrea Doria that never played a show - although we did record some demos (maybe someday we’ll release them). Neither of us had ever been in a band before, so that first band was really raw, but a great learning experience. After that band broke up, Don joined a band Eric was in - but when the bassist from that band quit and Don brought me in, we decided to move the sound in a different direction. We reformed and became The Union Trade. Our first record, the EP Now The Swell, was written and recorded in our first 6 months then release in Early 2007. That early momentum and creative energy kept flowing and we released our first full length, Everyday Including, in early 2008.

Q: Who are your influences?
It depends who you’re talking to in the band - we all have different influences and that blend is important to our sound. Of course we’re influenced by great instrumental post-rock bands like Explosions In The Sky and Mogwai, but we all contribute our own unique influences. As a group we draw on contemporary indie rock, grunge, college rock, shoegaze, and early emo, metal, classical, electro and pop. The fact we have all these influence to call on for sounds, feelings, riffs, and structures is a big reason I think our sound is unique in the post rock genre.

Q. How do you describe The Union Trade sounds?
Classical pieces played by a four piece rock band.

Q. How do you feel playing live?
There’s really nothing like it - we love writing and recording most of all - but playing live is the culmination of all the hard work you put into everything the band does off stage. It’s the payoff for all the rehearsals, booking and promotion. Once you hit those first few notes all the “work” of being in a band is done and you just get to enjoy it.


Q: Tell us about the process of recording the songs ?
We have a very collaborative process. Songs start with a bass or guitar idea then we just jam on it, get something we like, then record it to listen to later. That eventually becomes part A. Then we develop a part B, C, D as well as bridges until it is formed. As you can imagine the way we write songs has so much to do with dynamics. Q. Which new bands do you recommended? My (Nate) favorite artists I heard for the first time this year are Foals, Wolf Alice and Torres

Q. Make a list of 5 albums of all time…
Nate: This is always an impossible task so don’t hold me to a definitive top five - but some of my all time favorites would be:
Nirvana - Nevermind,
The National - High Violet,
LCD Soundsystem - Sound of Silver,
Radiohead - The Bends,
and Mogwai - Mr. Beast.

Q: Which band would you love to made a cover version of?
The Union Trade has never covered a song in 10 years, and I think it’s safe to say at this point it may never happen.

Q: What are your plans for the future?.
2015 was a great year for The Union Trade, we released A Place Of Long Years, had an incredible release show at Rickshaw Stop in San Francisco, and toured up and down the West Coast. We are excited to start 2016 by starting work on our next album. We have no idea what it will sound like and that’s a pretty incredible place to be creatively. So many possibilities.

Q: Any parting words
Passion and determination is all you need to do just about anything.
*
*
*
Thanks