Mornings with Gypsycabs - An Interview 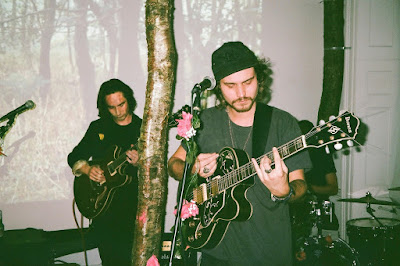 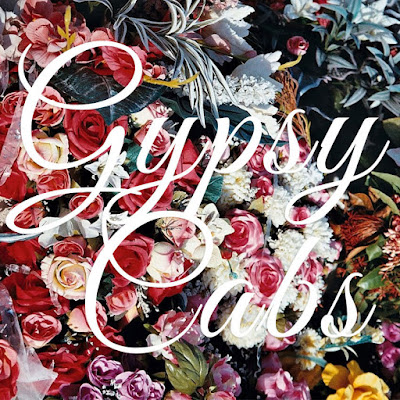 Q. When did Gypsycabs start? Tell us about the history...
I began writing music for what was a budding version of Gypsy Cabs with my brother on bass and an old friend on drums a couple of years back. I had met Byron a few months before through some mutual friends and we had connected over a couple of pints and an appreciation for similar music. After getting Byron on guitar we rehearsed and developed our sound as a band but the songs never quite made it outside the rehearsal room. Fastforward to last Summer, with my brother buggering off to Sweden and my drummer buggering off to Waitrose we recruited Omar through friends to take up Bass duties. He fit in like a perfect little half Egyptian, half Brightonian puzzle piece. A few months later we enlisted Oleg to provide some percussion and were ready to mildly impress our close friends and family.

Q: Who are your influences?
We're influenced by a lot of classic pop bands like The Kinks, The Beatles, The Stones, Beach Boys. Definitely influenced by playful psychedelic elements from bands like The Grateful Dead, Zappa etc. More recent influences I guess would be Devendra Banhart, Mac Demarco, Christopher Owens, Kevin Parker, Kurt Vile.

Q. Make a list of 5 albums of all time…
I always struggle with these. What do they say? It's like choosing your favourite child? How about I do 5 important albums in my life?

Pixies -Death To The Pixies - I know this is a greatest hits buts its the first album I can remember sitting down and listening to all the way through completely enraptured.
The Rolling Stones - Exile On Main Street - Blues, Rock n Roll, Country, recorded masterfully through a haze of heroin and booze. Richards at his best.
Jeff Buckley - Grace - The beauty of this album and the tragedy of the story was heartbreaking when I first heard it. Still one of my favourite listens.
Beatles - Sgt Peppers - Not the easiest listen, not even the best Beatles songs, but in its entirety, as a full piece of work, just magnificent.
Nirvana - Unplugged in New York - My brother was obsessed with this album so it was on alot in our house. Was a revelation hearing these raw often ferocious tracks stripped back and revealed to be fragile and beautiful songs.

Q. How do you feel playing live?
As this band we've yet to play live except to a few of our friends in my living room. We've all been in bands before and I, for one, love playing live. It's a really cool, inexplicable feeling when you see people getting into your songs and digging the music. Also it's just like a big night out with your friends and people buy you drinks. its dope.

Q. How do you describe Gypsycabs sounds?
Like waking up after a nap on the beach. Except its cold and grey because youre in London and its winter.


Q: Tell us about the process of recording the songs ?
For this EP I recorded all the parts in my bedroom and sent off these rough versions to a friend of mine in Newcastle called Tom Larthe de Langladure who plays in this band called Shields (who you should check out) and he's just this sick drummer. Anyways he recorded all the drums on the EP then sent them back to me. Then I took the songs from my bedroom to my living room and recorded the rest of the EP there with Byron lending a hand on strings.

Q. Which new bands do you recommend?
Honestly I haven't really had the chance to discover many new bands recently. Some of the stuff I've been listening to which is fairly recent would be Sufjan Stevens' new album which is really beaut, Joanna Newsom's new album, Donnie Trumpet & The Social Experiment record was cool, Archy Marshall (aka king krule) A New Place 2 drown is pretty sick.

Q: Which band would you love to make a cover version of?
In the early days of me and Byron playing together we always wanted to do a cover of QOTSA make it wit chu. That'd be pretty dope. Or like something off Carole King's Tapestry to make my mother happy. Also just a beaut record.

Q: What are your plans for the future?
We've got some gigs booked for the near future in and around London. Also got a couple more songs in the pipeline that I'm working on so new EP probably in a few months.

Q: Any parting words?
Thanks for listening. Be good. Be safe. Love ya lots. Bless up.
*
*
*
Thanks