Blue City with Tosk - An Interview 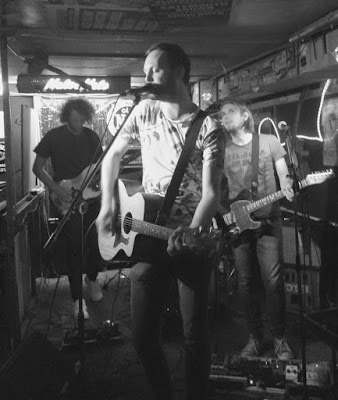 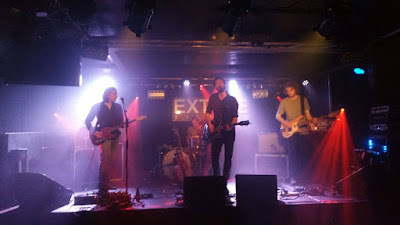 Q. When did Tosk start? Tell us about the history...
Tosk started in 2015, when four musicians from different parts of the Netherlands found each other in the middle of the country ánd in a more less similar taste in music. We decided to form a band and to write some songs. After a little rehearsing and playing some gigs we had enough songs for an E.P.: ‘Blue City’ which was released in the spring of 2016. It was highly acclaimed by several Dutch (and some foreign) media. After the released we’ve played shows all across the Netherlands.

Q: Who are your influences?
Difficult to say, there are so many. First of all: we are all true kids of the nineties. We learned to play our instruments while playing along to Nirvana, Pearl Jam, Pumpkins and Soundgarden. When we grew up, our musical taste expanded: from Radiohead to the Pixies, from Grandaddy to the Talking Heads, from pretty traditional folk music to the weirdest electronic stuff. The Belgian band dEUS has also been a huge inspiration.

(A pretty subjective pick by the singer Jehannes)

Q. How do you feel playing live?
We love playing our songs live. It’s the most fun you can have with your clothes on. Really.

Q. How do you describe Tosk sounds?
We like to describe our sound with three words: cool, space and irony.

Our music consists of a cool, pretty danceable foundation of drums and bass. The guitars add loads of space to that and the voice and lyrics are full of irony.


Q: Tell us about the process of recording the songs ?
Firstly, we recorded some songs roughly, a pre-production. Then we sent those recordings to producer and mixer K.W. Toering. He added a special touch to our music and our first E.P was born: ‘Blue City’.

Q. Which new bands do you recommend?
Well, one could differ if these bands can be considered ‘new’, but The War On Drugs, Tame Impala and Balthazar (from Belgium) are some of the bands we discovered more recently.

Q: Which band would you love to made a cover version of?
That’s an interesting question. Maybe we could try something completely different like Leonard Cohen (great lyrics) or maybe try to make a Tosk-version of a more recognisable catchy tune from the eighties.

Q: What are your plans for the future?
Well, at the moment we’re planning to make a great record and afterwards we hope to play shows all over the world, especially in Brazil.

Q: Any parting words?
Like we said: we are very happy that people from Brazil listen to our music! A big thank you for doing so! And if you don’t: check our single ‘Blue City’ on Youtube. Thanks again and hopefully we’ll meet someday.
*
*
*
Thanks